04 DECEMBER 2012 - BANGKOK, THAILAND: People from across Thailand pray for the health of Bhumibol Adulyadej, the King of Thailand, in the courtyard at Siriraj Hospital in Bangkok. They were wearing yellow, the official color of the Thai King. The King celebrates his 85th birthday Wednesday, Dec. 5. The King lives in Siriraj. He is expected to make a rare public appearance and address the nation from Mukkhadej balcony of the Ananta Samakhom Throne Hall in the Royal Plaza. The last time he did so was in 2006. His birthday is a public holiday in Thailand and hundreds of thousands of people are expected to jam the streets around the Royal Plaza and Grand Palace to participate in the festivities. PHOTO BY JACK KURTZ 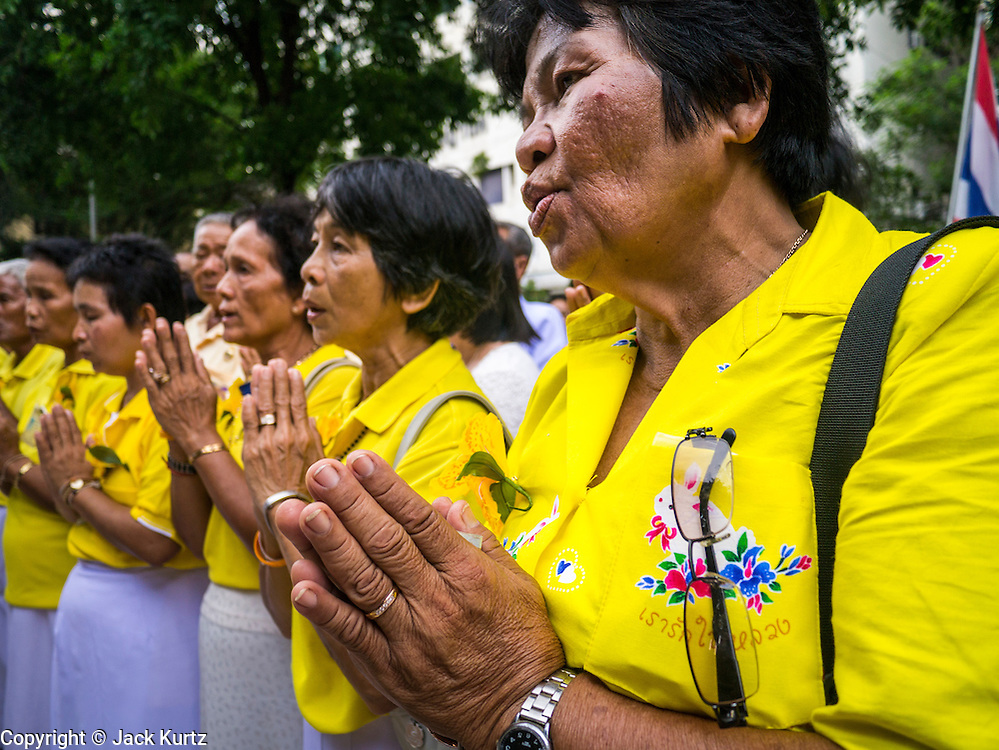