14 FEBRUARY 2015 - BANGKOK, THAILAND: Thai police lead away a smiling Student activist Siriwit Serithiwat after they arrested during a protest the military coup. Martial law is still in effect in Thailand and protests against the coup are illegal. Dozens of people gathered in front of the Bangkok Art and Culture Centre in Bangkok Saturday to hand out red roses and copies of George Orwell's "1984." Protestors said they didn't support either Red Shirts or Yellow Shirts but wanted a return of democracy in Thailand. The protest was the largest protest since June 2014, against the military government of General Prayuth Chan-Ocha, who staged the coup against the elected government. Police made several arrests Saturday afternoon but the protest was not violent. PHOTO BY JACK KURTZ 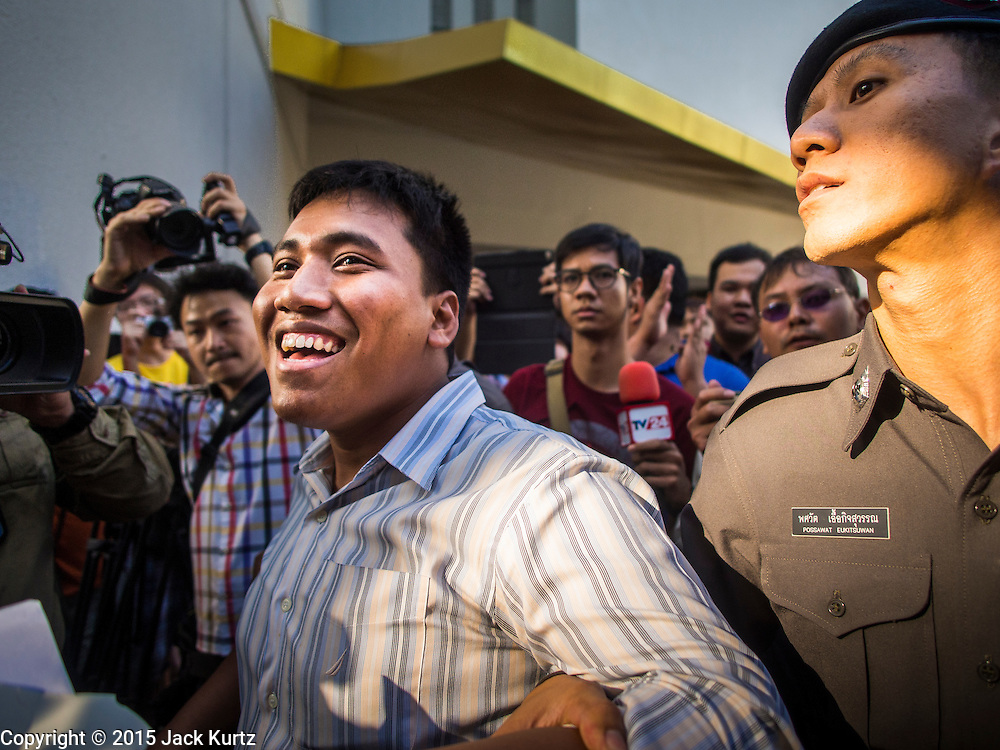