06 DECEMBER 2020 - DES MOINES, IOWA: MIKE LINDELL, founder of My Pillow and supporter of President Donald Trump, talks to people at a rally against the outcome of the US election. Lindell is frequent Trump surrogate and is considering a run for the Governor of Minnesota. About 1,000 supporters of outgoing US President Donald Trump rallied in Des Moines Sunday to show their support for the President and to protest the outcome of the US Presidential election. They started with a rally in the suburbs of Des Moines then drove in a motorcade through the city, ending at the State Capitol. They repeated many of Trump's discredited claims that the election was marked by fraud and that Trump actually won. The protest was a part of the national "March for Trump" effort, culminating in a march in Washington DC on December 13. Joe Biden won the election, with 306 electoral votes to Trump's 232. PHOTO BY JACK KURTZ 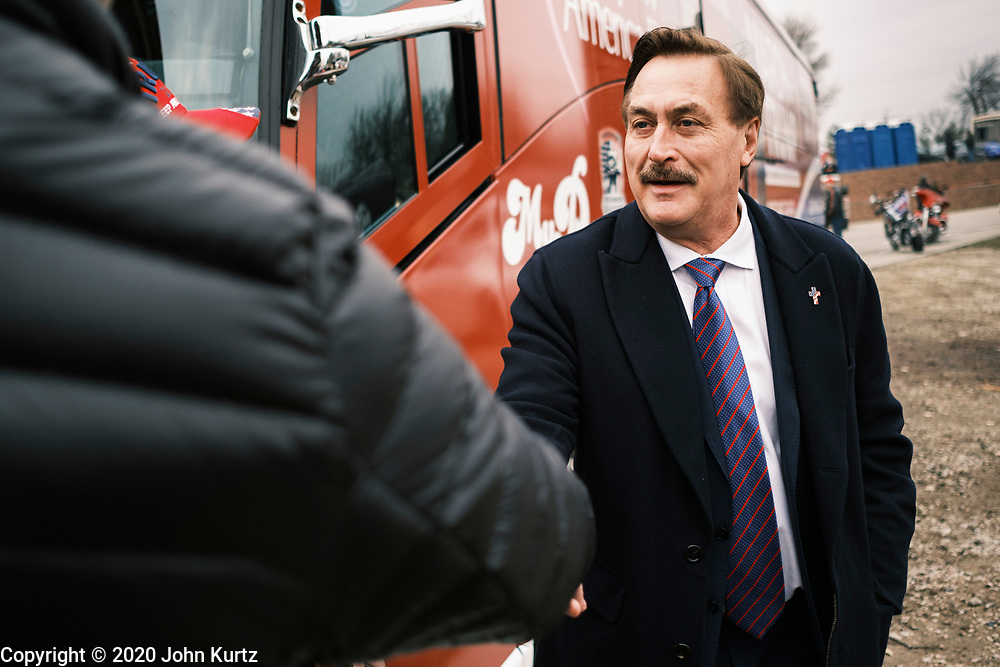