17 MARCH 2014 - PHRAEKSA, SAMUT PRAKAN, THAILAND: Firefighters try to put out a fire burning in a landfill in Samut Prakan province about 40 miles from Bangkok. The landfill is built on a bog and firefighters and volunteers battling the fire were falling through the matted vegetation into the swamp beneath. A fire apparently spontaneously started in the landfill in Samut Prakan over the weekend and threatens the homes of workers who live near the landfill. The fire Officials said the fire started when garbage in the landfill burst into flames and the flames were spread by hot, dry winds. Hundreds of people have been evacuated because of the fire and acrid smoke from the fire has spread as far as Bangkok. It hasn't rained in central Thailand in more than three months, impacting agriculture and domestic water use. Many farms are running short of irrigration water and salt water from the Gulf of Siam has come up the Chao Phraya River and infiltrated the water plants in Pathum Thani province that serve Bangkok. PHOTO BY JACK KURTZ 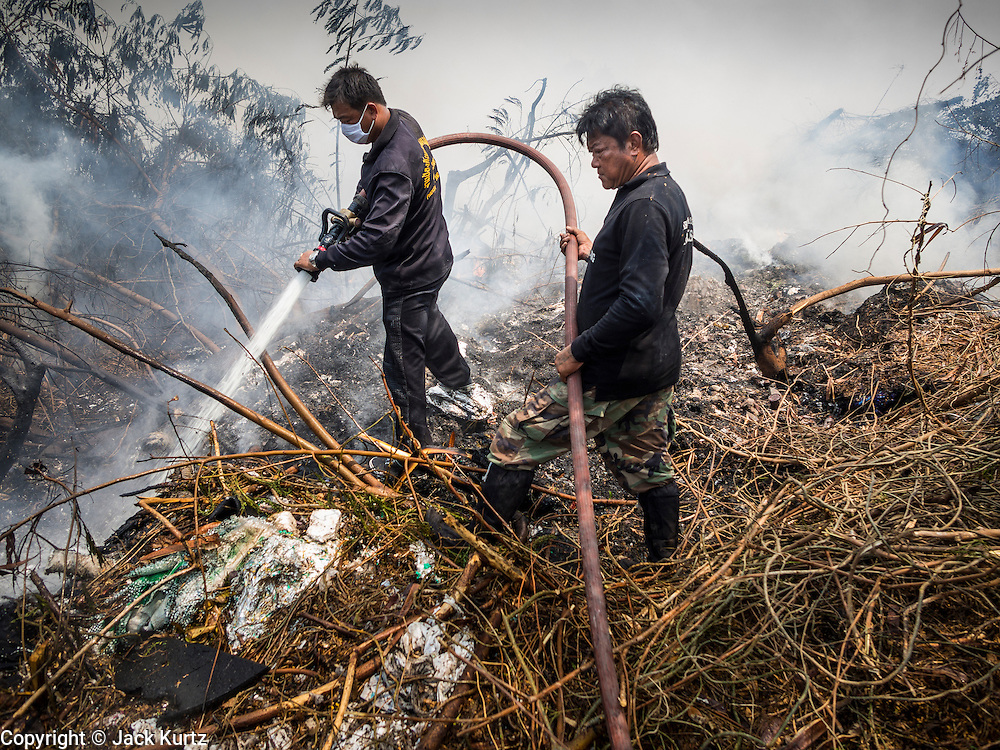