16 MARCH 2016 - BAN SONG, PRACHIN BURI, THAILAND: Workers on a mechanical rice harvester bring in the last of the 2015 rice crop in Prachin Buri province. Normally the farmers would plant a second crop of rice but they can't this year because their won't be enough water to irrigate the fields. The drought in Thailand is worsening and has spread to 14 provinces in the agricultural heartland of Thailand. Communities along the Bang Pakong River, which flows into the Gulf of Siam, have been especially hard hit since salt water has intruded into domestic water supplies as far upstream as Prachin Buri, about 100 miles from the mouth of the river at the Gulf of Siam. Water is being trucked to hospitals in the area because they can't use the salty water. PHOTO BY JACK KURTZ 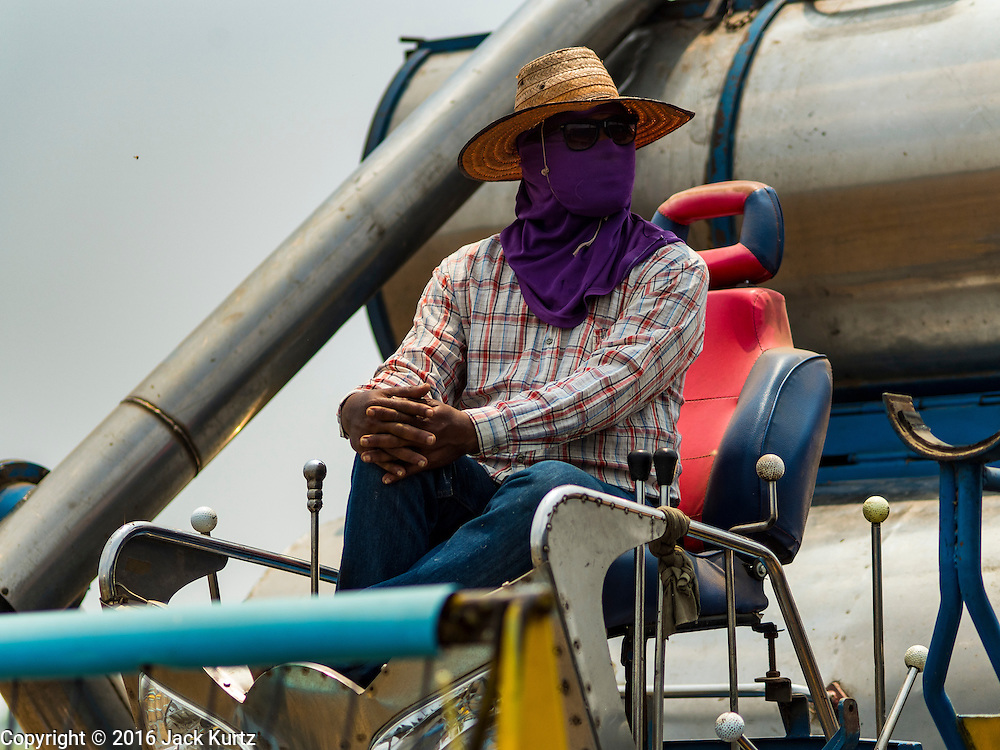