24 DECEMBER 2018 - CHANTABURI, THAILAND: A woman reads her fortune at the city pillar shrine in Chantaburi. Most Thai cities have a city pillar shrine, which serves both to house the city spirit deity and symbolise the central power of Bangkok. Chantaburi is the capital city of Chantaburi province on the Chantaburi River. Because of its relatively well preserved traditional architecture and internationally famous gem market, Chantaburi is a popular weekend destination for Thai tourists. PHOTO BY JACK KURTZ 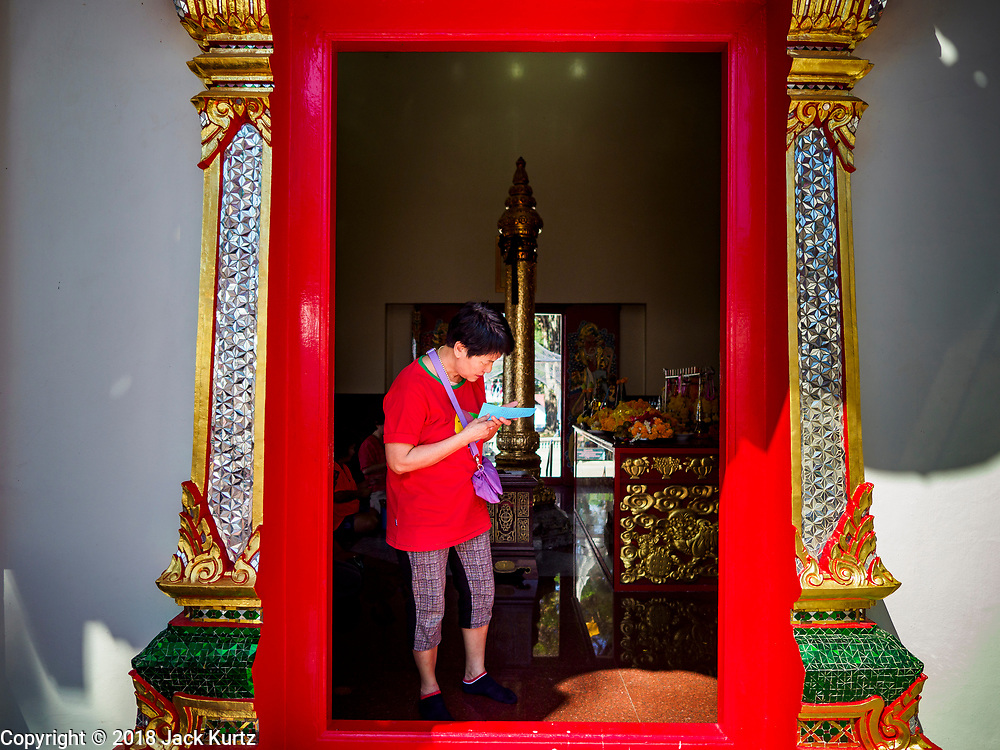