25 JUNE 2012 - PHOENIX, AZ: Arizona Governor JAN BREWER walks into a press conference in her office to respond to the US Supreme Court ruling that overturned most of SB 1070, the state's tough anti-immigration bill, duing a press conference Monday. Brewer said the state won a major victory in the court's ruling because a narrow portion of the law was allowed to stand. The lawsuit, US v. Arizona, determines whether or not Arizona's tough anti-immigration law, popularly known as SB1070 is constitutional. The court struck down most of the law but left one section standing, the section authorizing local police agencies to check the immigration status of people they come into contact with. PHOTO BY JACK KURTZ 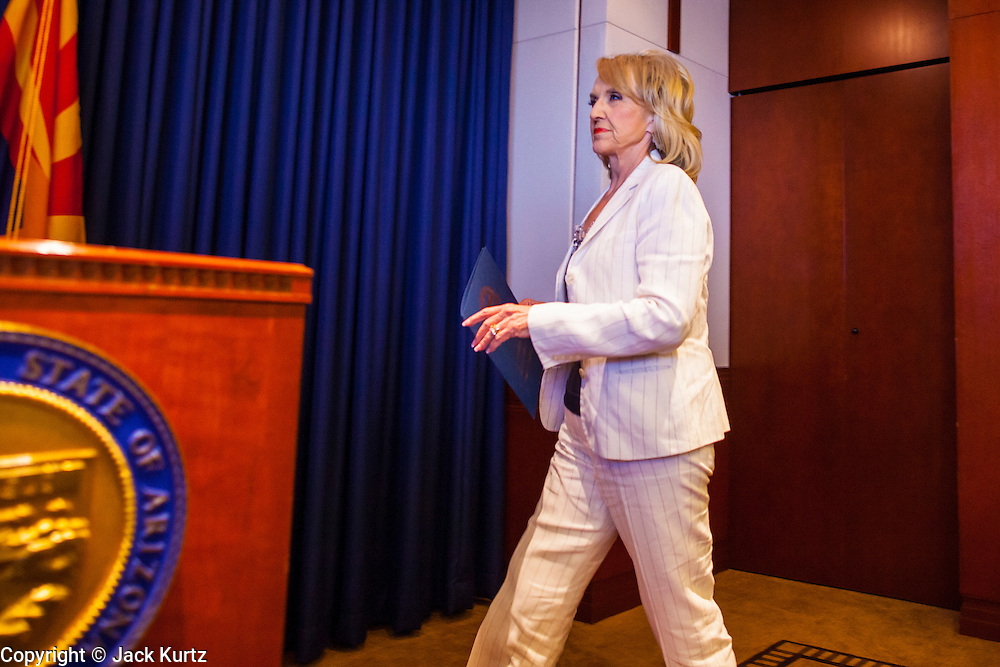