30 APRIL 2013 - MAHACHAI, SAMUT SAKHON, THAILAND: An elderly Thai man on a truck converted to use as a bus in Mahachai, Samut Sakhon province, Thailand. Pickup trucks are frequently converted to use as buses by the installation of bench seats in the back. Called songthaews, they are common sight in Thailand. Conversion of large trucks is less common but happens in large towns with a large population of factory workers. Samut Sakhon has a very large population of Burmese migrant workers who work in the fishing industry and electronics factories in town. PHOTO BY JACK KURTZ 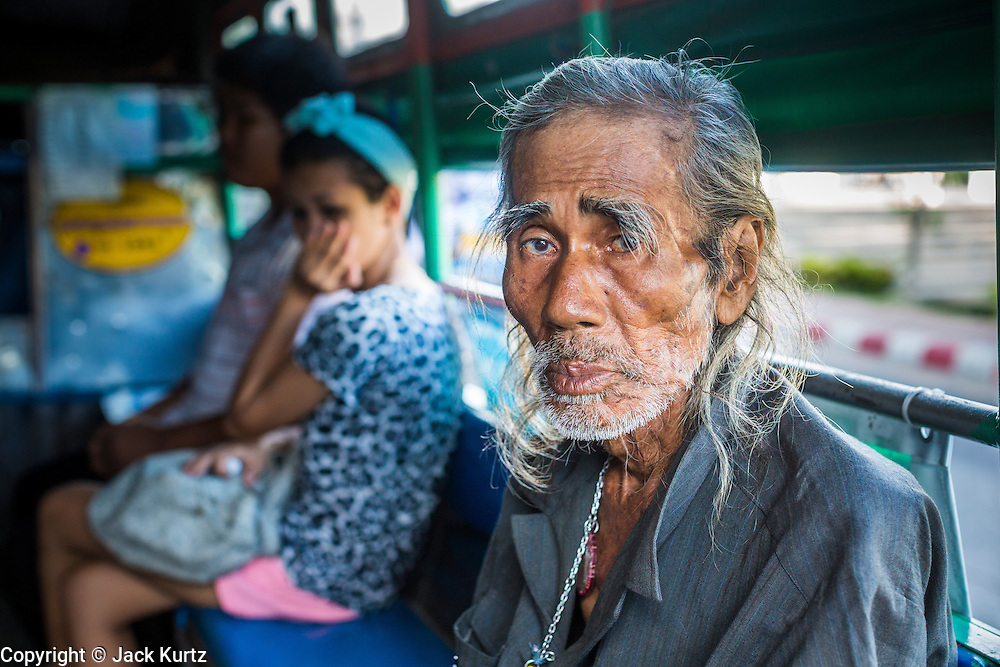