13 MARCH 2013 - BOTEN, LUANG NAMTHA, LAOS: Charcoal stacked up in front of salt workshops in Boten, Laos. The fires that boil the brine are charcoal fueled. Salt in Boten is made by boiling briny water and collecting the salt that is left behind. The salt wells in Boten, Laos, just south of the Chinese border, have brought a measure of fame to the area for centuries. French forces asserted French dominance over the region in 1894 to control the salt trade. Some of the salt works face an uncertain future because of economic development from China. The area is being developed into a huge parking lot to accommodate truck and tourist traffic into and out of China. PHOTO BY JACK KURTZ 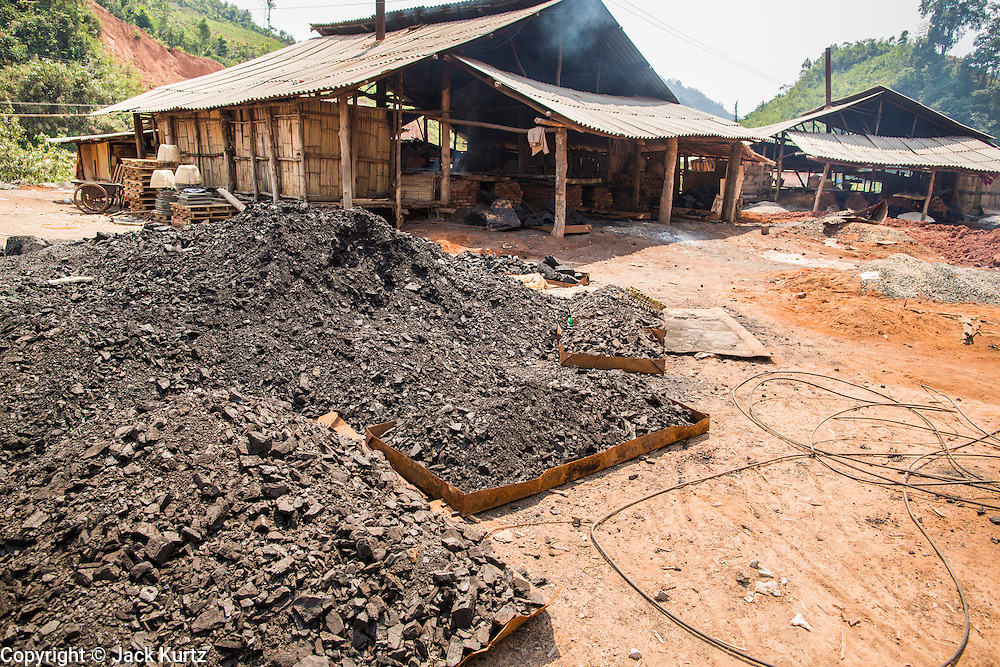