27 MAY 2014 - BANGKOK, THAILAND: A woman hands canned soft drinks and energy drinks to Thai soldiers stationed at Victory Monument. It's not unusual for supporters of the military to bring flowers and drinks to soldiers stationed on the street. Authorities announced Tuesday that at least one beverage given to a soldier was tampered with and poisoned. An investigation into the tampered drink is ongoing. Several hundred people protested against the coup in Bangkok at Victory Monument. It was the fourth straight day of pro-democracy rallies in the Thai capital as the army continued to tighten its grip on Thai life. The protest Tuesday was the smallest so far. PHOTO BY JACK KURTZ 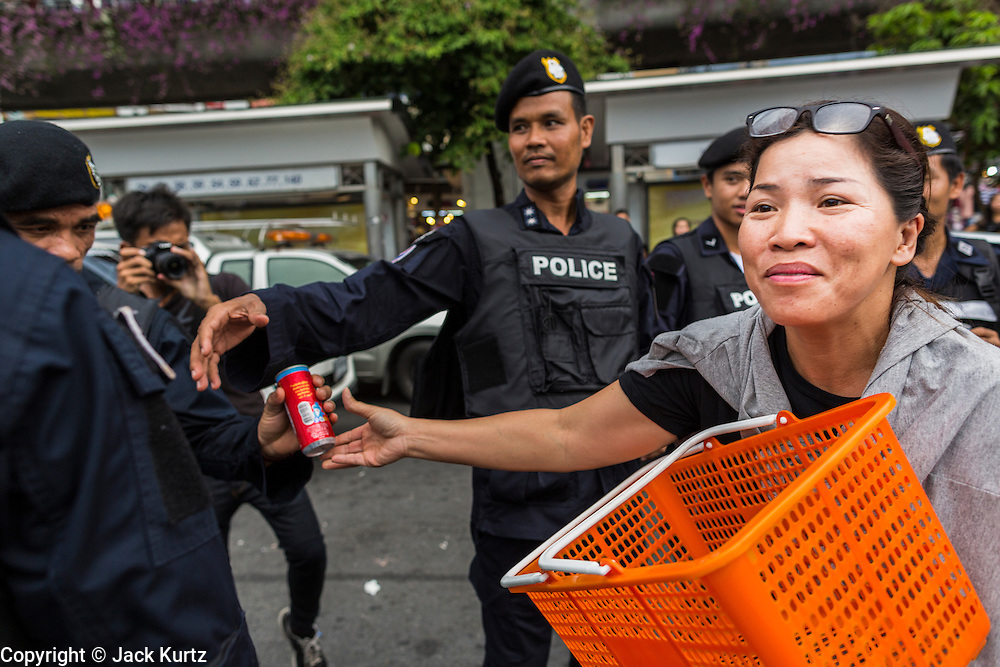