02 JUNE 2016 - SIEM REAP, CAMBODIA: NGOR, 33 years old, checks the lever of the water in the 3,000 litre water tank on his tractor. He sells water from his well in the villages around his home east of Siem Reap. Cambodia is in the second year of a record shattering drought, brought on by climate change and the El Niño weather pattern. Farmers in the area say this is driest they have ever seen their fields. They said they are planting because they have no choice but if they rainy season doesn't come, or if it's like last year's very short rainy season they will lose their crops. Many of the wells in the area have run dry and people are being forced to buy water to meet their domestic needs. PHOTO BY JACK KURTZ 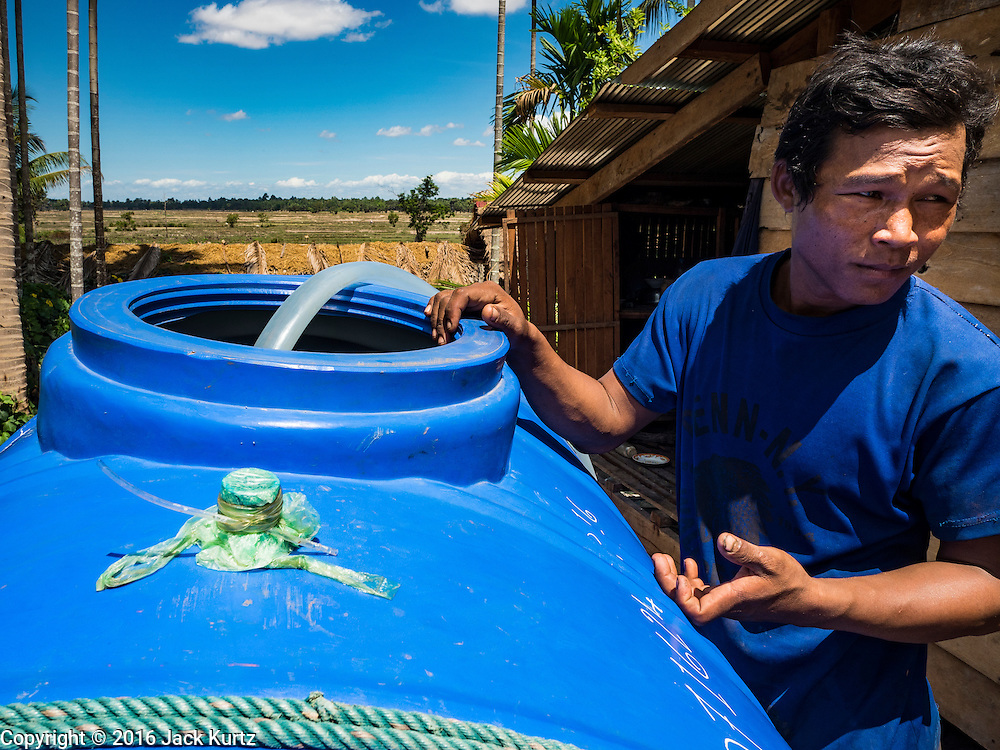