22 JULY 2014 - BANGKOK, THAILAND: Thai military officers on the parade ground at Sanam Luang during a religious service Tuesday. Hundreds of Thai military officers and civil servants attended a Buddhist chanting service and merit making ceremony to mark the 2nd month anniversary of the May 22 coup that deposed the elected civilian government and ended nearly six months of sometimes violent anti-government protests. The ruling junta said the ceremonies Tuesday were the kickoff to a "Festival to Bring Back Happiness of the People of the Nation." There will be free concerts, historical pageants and movies at Sanam Luang, a large parade ground near the Ministry of Defense in Bangkok. PHOTO BY JACK KURTZ 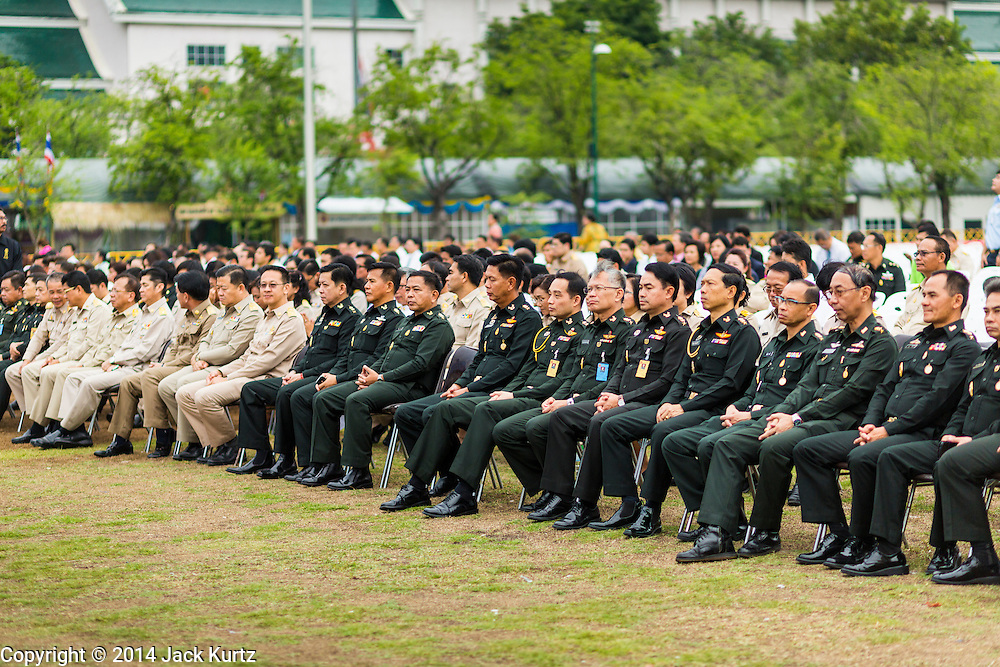