July 12 - GILA BEND, AZ: Signs warning recreational users of the Sonoran Desert National Monument of the dangers of encountering illegal immigrants and drug smugglers on BLM Road 8018c south of Gila Bend, AZ, off of Interstate 8. The Bureau of Land Management (BLM) put up the signs at entrances to the Sonoran Desert National Monument after off roaders reported being shot at by unknown parties and a deputy from the Pinal County Sheriff's Department was fired on and nearly killed by suspected drug dealers. The signs have ignited a firestorm in Arizona politics, conservatives and anti-immigration activists assert that the signs are proof that illegal immigration and drug smuggling is out of control in the area while others suggest that the danger is overstated and the signs are hurting Arizona tourism. A BLM spokesperson said no one has been hurt in the area by confirmed smugglers and that there are very few encounters between smugglers and tourists or off roaders in the monument. Photo by Jack Kurtz PHOTO ILLUSTRATION, MANIPULATED WITH SOFTWARE 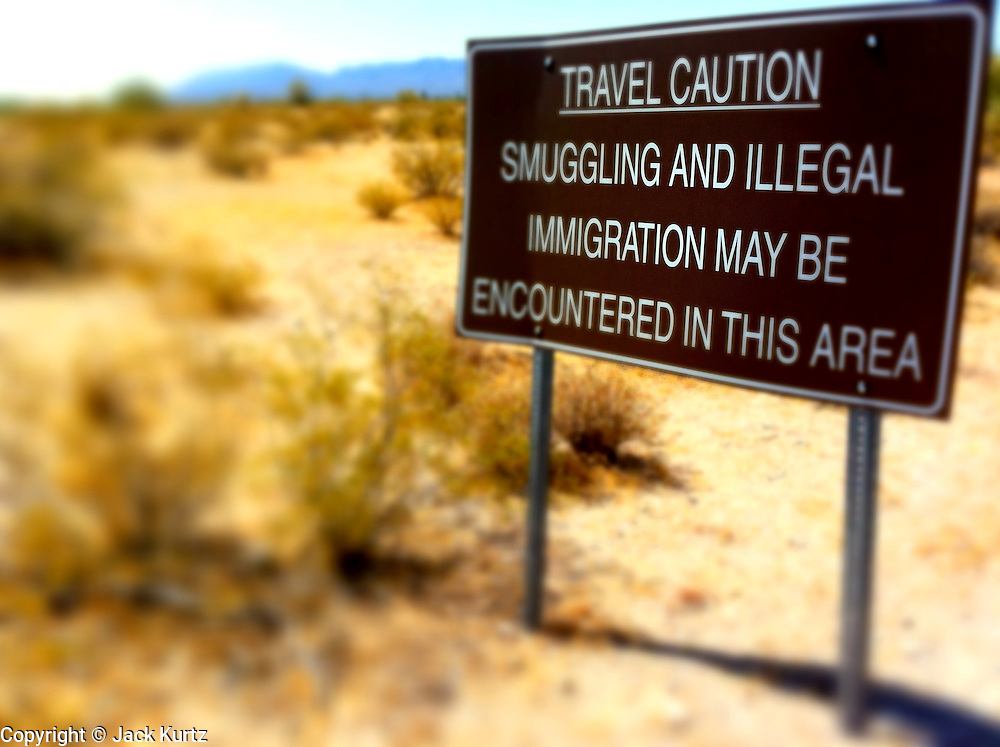