10 APRIL 2014 - BANGKOK, THAILAND: A Thai Buddhist bathes a Buddha statue at Siam Paragon, an upscale mall in Bangkok, for Songkran. Many malls put out shrines for Songkran so people can pray and make merit while they shop. Songkran, also called the "Water Festival" is the traditional Thai New Year. It was celebrated as the New Year until 1940, when Thailand made January 1 the official start of the New Year. Songkran is now a three day holiday starting on April 13. Many people go to temples to make merit in the days leading up to Songkran. They bathe Buddha statues to bring themselves good luck in the coming year. The holiday is best known for water fights and throwing water at strangers. Thais and foreigners go out with giant squirt guns or buckets of water and throw the water at strangers. PHOTO BY JACK KURTZ 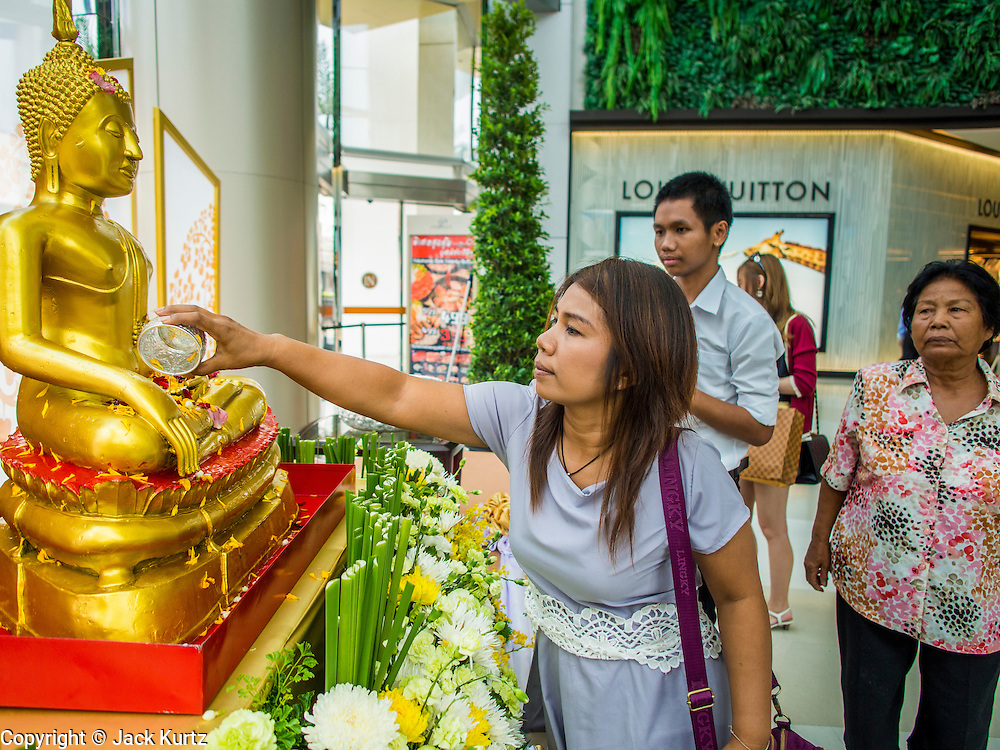