27 MAY 2014 - BANGKOK, THAILAND: Thai soldiers stand at attention and salute while the Thai National Anthem is played at sundown. The soldiers were on crowd control duty in the wake of a coup. Several hundred people protested against the coup in Bangkok at Victory Monument. It was the fourth straight day of pro-democracy rallies in the Thai capital as the army continued to tighten its grip on Thai life. The protest Tuesday was the smallest so far. PHOTO BY JACK KURTZ 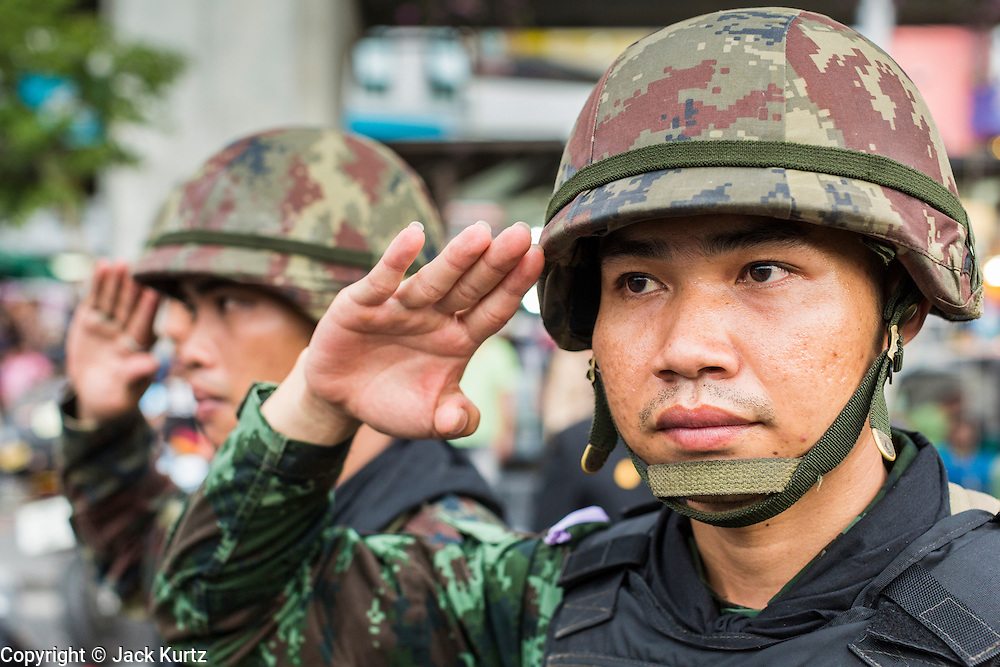