01 JULY 2015 - THA CHAI, CHAI NAT, THAILAND: A boy sleeps on a bed in recovered from his home after it slid into the Chao Phraya River in Chai Nat province. The riverbank collapsed because the water level is low. Six homes, with 23 people living in them, slid into the river. No one was hurt. Central Thailand is contending with drought. By one estimate, about 80 percent of Thailand's agricultural land is in drought like conditions and farmers have been told to stop planting new acreage of rice, the area's principal cash crop. Water in reservoirs are below 10 percent of their capacity, a record low. Water in some reservoirs is so low, water no longer flows through the slipways and instead has to be pumped out of the reservoir into irrigation canals. Farmers who have planted their rice crops are pumping water out of the irrigation canals in effort to save their crops. Homes have collapsed in some communities on the Chao Phraya River, the main water source for central Thailand, because water levels are so low the now exposed embankment is collapsing. This is normally the start of the rainy season, but so far there hasn't been any significant rain. PHOTO BY JACK KURTZ 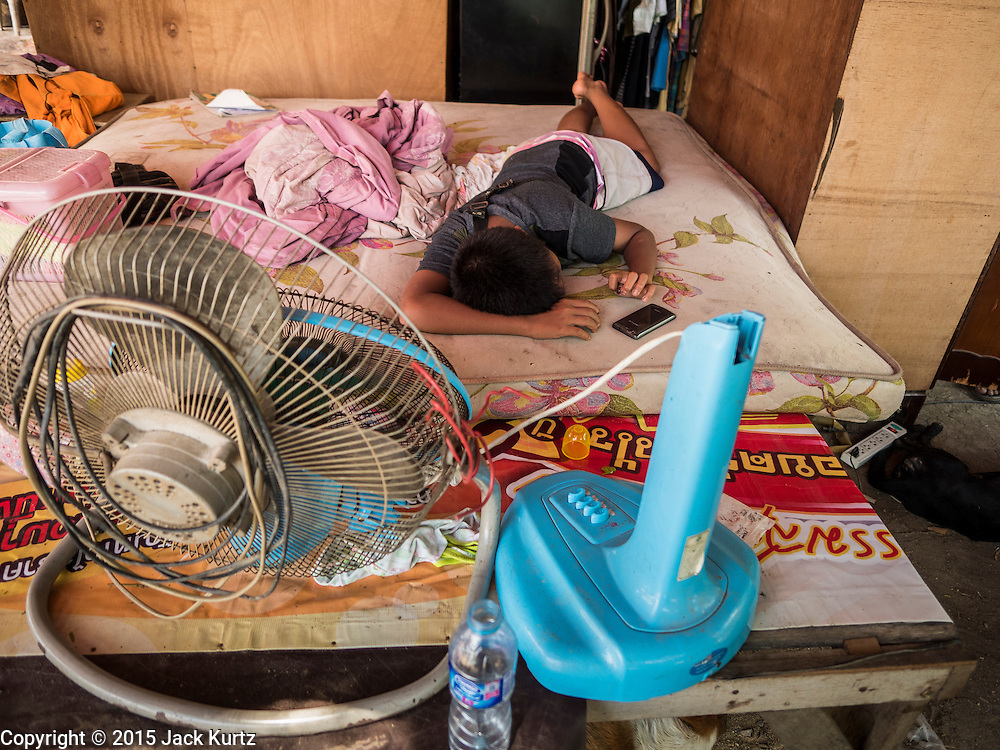