20 JUNE 2018 - BANGKOK, THAILAND: A shopper with a plastic bag of purchases on her shoulder counts her change at Makkasan Market, a small local market in central Bangkok. Officials in Thailand are wrestling with Thais use of plastic bags. The issue became a public one in early June when a whale in Thai waters died after ingesting 18 pounds of plastic. In a recent report, Ocean Conservancy claimed that Thailand, China, Indonesia, the Philippines, and Vietnam were responsible for as much as 60 percent of the plastic waste in the world's oceans. PHOTO BY JACK KURTZ 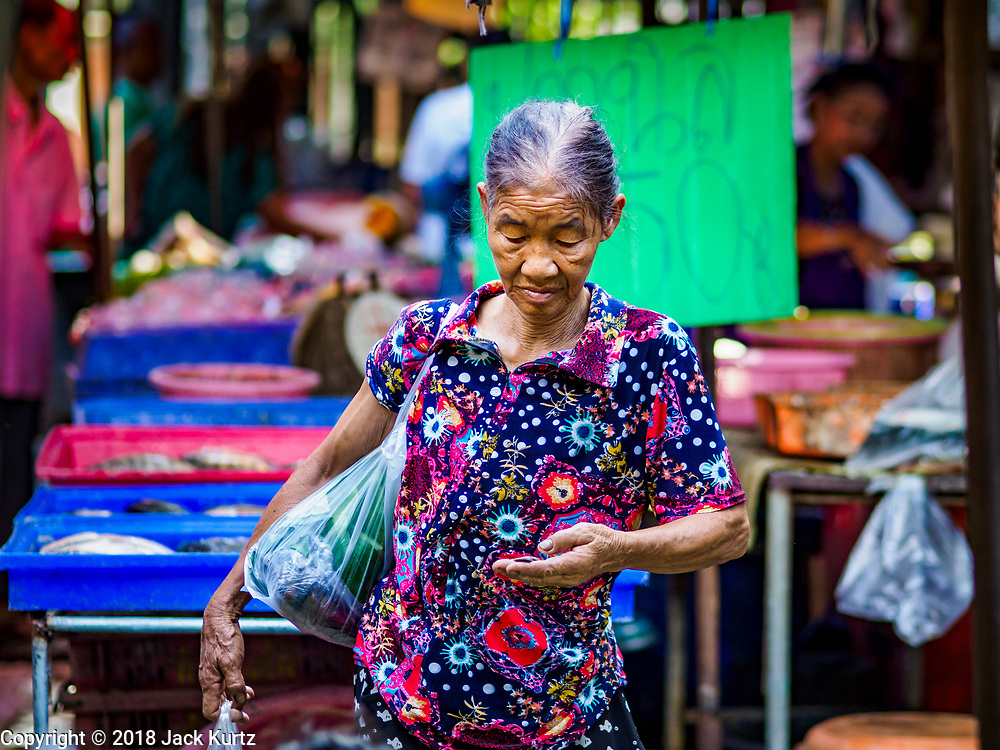