11 APRIL 2012 - HO CHI MINH CITY, VIETNAM: The entry way of the Jade Emperor Pagoda in Ho Chi Minh City, Vietnam. It was built in 1909 by a Cantonese (Quang Dong) Congregation. It is one of the most colourful pagodas in HCMC, filled with statues of phantasmal divinities and grotesque heroes. Smoke of burning joss sticks fills the air, obscuring the exquisite woodcarvings decorated with gilded Chinese characters. The roof is covered with elaborate tile work, while the statues, which represent characters from both the Buddhist and Taoist traditions, are made of reinforced papier-mâché. The pagoda is dedicated to the Emperor of Jade, the supreme Taoist god. Ho Chi Minh City, formerly Saigon, is the largest city in Vietnam and the country's commercial center. It was the capital of South Vietnam before the reunification in 1975 and still shows more signs of American influence than northern Vietnam does. PHOTO BY JACK KURTZ 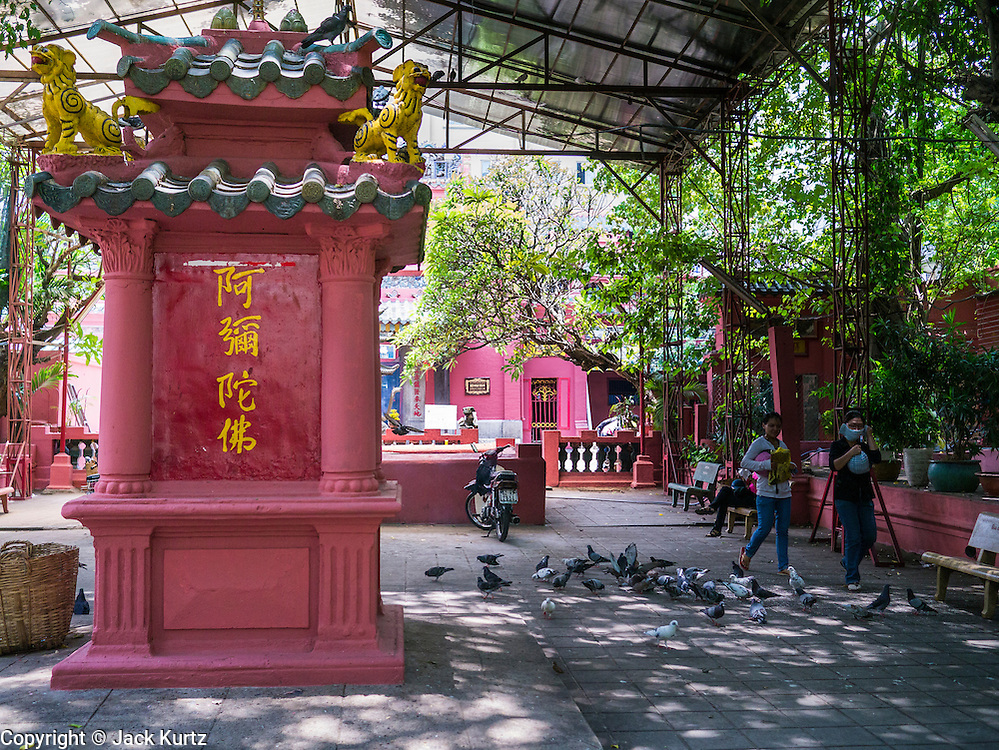