07 DECEMBER 2010 - PHOENIX, AZ: MARIA MONTE ROSO and her son, ANDY PEREZ, 2, both from Phoenix, picket the front of US Sen. John McCain's office in Phoenix Tuesday. Dolores Huerta joined her at the picket. Huerta, who started working in the civil rights movement in the 1960's, threw her support behind students fasting on behalf of the DREAM Act in front of Sen. John McCain's office Tuesday. The student picked McCain's office because he used to support the DREAM Act. They hope that the US Senate will pass the DREAM Act during its "lame duck" session. The Senate debated and defeated similar legislation just before the November general election. PHOTO BY JACK KURTZ 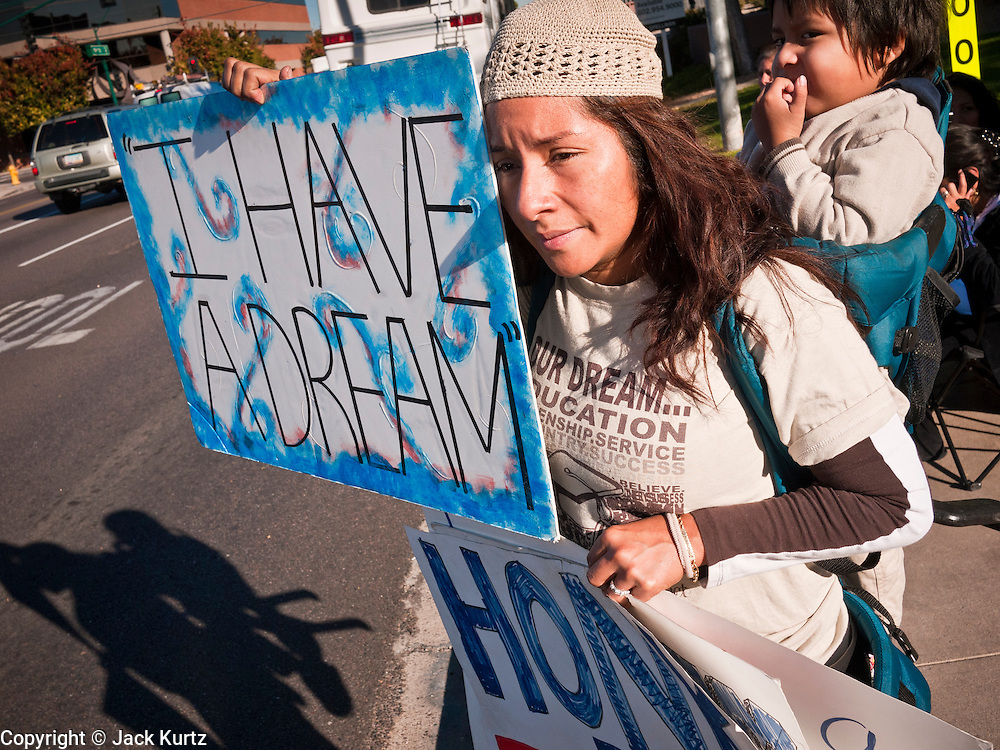