Nov. 11, 2009 -- PHOENIX, AZ: LISA REECE (left) and ELAINE GEISER, employees of a Frys' store in Glendale, AZ, cheer during a meeting of members of the UFCW at the Airport Marriott Hotel in Phoenix. The United Food and Commercial Workers Union (UFCW) Local 99 has about 25,000 members in Arizona: 15,000 in Fry's grocery stores and Fry's Marketplace, 9,500 in Safeway stores and 400 in Smith's grocery stores. The union voted down the last proposal from the stores and has announced plans to go on strike at 6PM on Friday, Nov. 13. The meeting Wednesday is the last one before the strike. Photo by Jack Kurtz 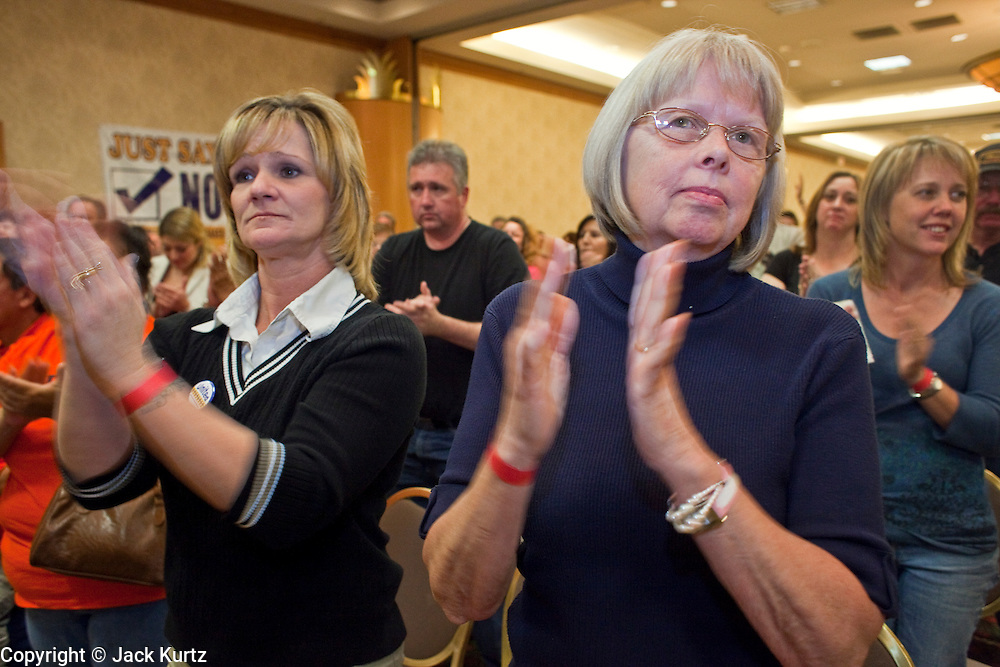