23 SEPTEMBER 2013 - BANGKOK, THAILAND: Wat Arun, on the west bank of the Chao Phraya River, in Bangkok. The full name of the temple is Wat Arunratchawararam Ratchaworamahavihara. The outstanding feature of Wat Arun is its central prang (Khmer-style tower). The world-famous stupa, known locally as Phra Prang Wat Arun, will be closed for three years to undergo repairs and renovation along with other structures in the temple compound. This will be the biggest repair and renovation work on the stupa in the last 14 years. In the past, even while large-scale work was being done, the stupa used to remain open to tourists. It may be named "Temple of the Dawn" because the first light of morning reflects off the surface of the temple with a pearly iridescence. The height is reported by different sources as between 66,80 meters and 86 meters. The corners are marked by 4 smaller satellite prangs. The temple was built in the days of Thailand's ancient capital of Ayutthaya and originally known as Wat Makok (The Olive Temple). King Rama IV gave the temple the present name Wat Arunratchawararam. Wat Arun officially ordained its first westerner, an American, in 2005. The central prang symbolizes Mount Meru of the Indian cosmology. The temple's distinctive silhouette is the logo of the Tourism Authority of Thailand. PHOTO BY JACK KURTZ 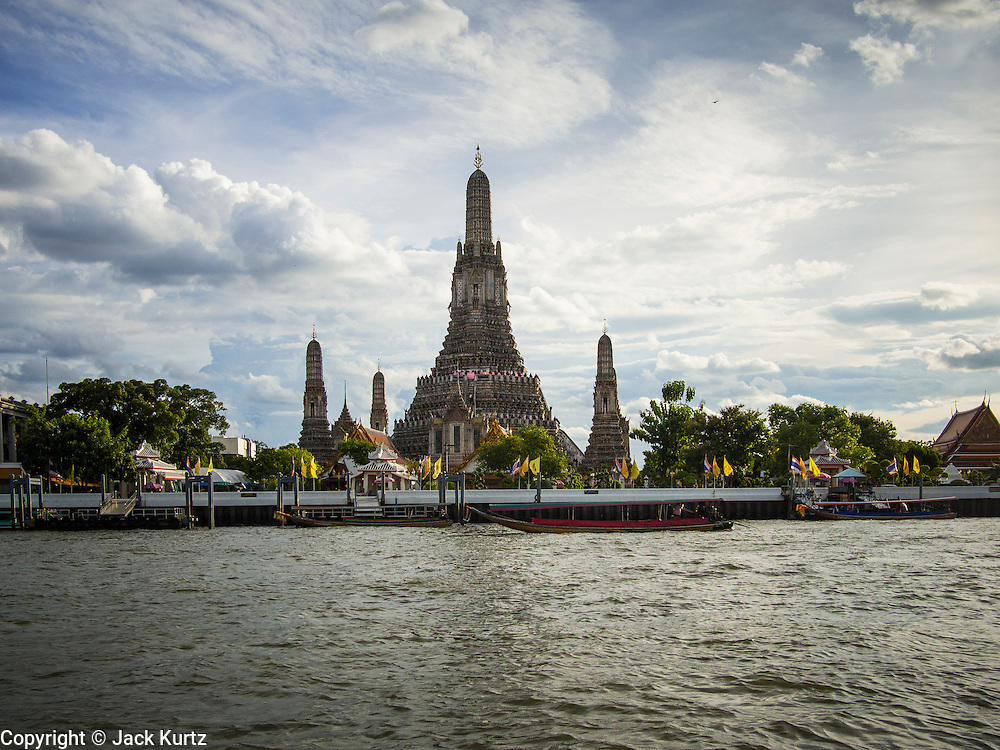