04 DECEMBER 2018 - BANGKOK, THAILAND: Buddhist monks walk through a market street cluttered with discarded single use plastic bags in Khlong Toei market. The issue of plastic waste became a public one in early June when a whale in Thai waters died after ingesting 18 pounds of plastic. In a recent report, Ocean Conservancy claimed that Thailand, China, Indonesia, the Philippines, and Vietnam were responsible for as much as 60 percent of the plastic waste in the world's oceans. Khlong Toey (also called Khlong Toei) Market is one of the largest "wet markets" in Thailand. December 4 was supposed to be a plastic free day in Bangkok but many market venders continued to use plastic. PHOTO BY JACK KURTZ 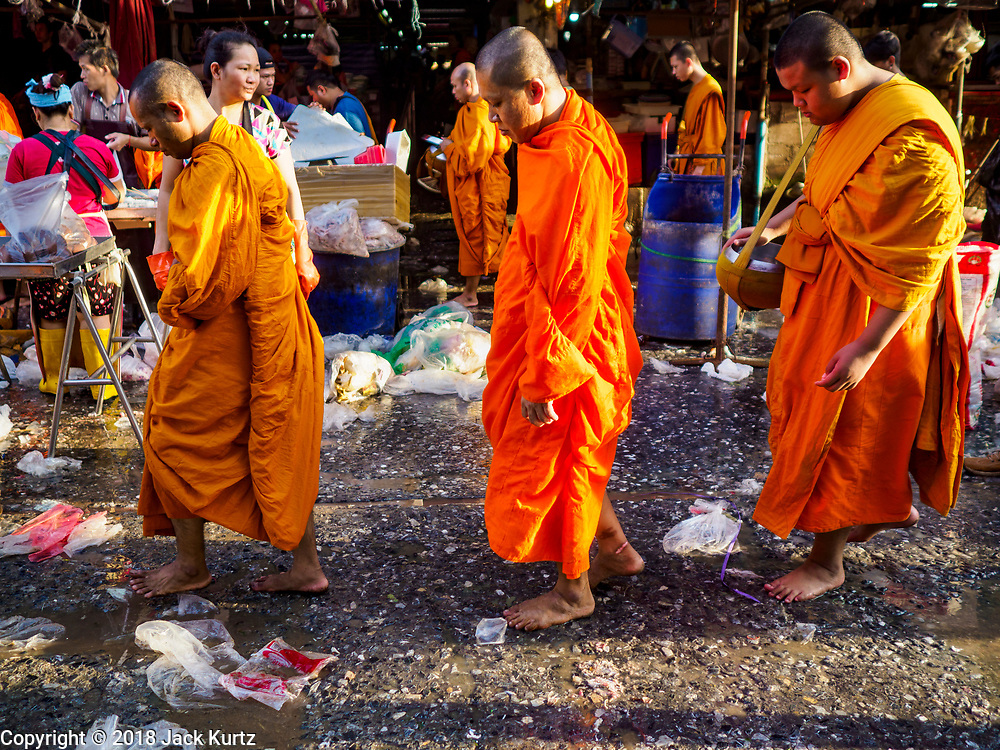