31 OCTOBER 2015 - YANGON, MYANMAR: Burmese Buddhist monks lead prayers at Shwedagon Pagoda. Some members of the Burmese Sangha (brotherhood of monks) have inserted themselves into Myanmar's election campaign. Members of Ma Ba Tha, an organization of nationalist conservative monks, have come out in opposition to Aung San Suu Kyi and her National League for Democracy (NLD), saying she is too friendly with Myanmar's Muslim minority and would not be able to govern Myanmar. Shwedagon Pagoda is officially known as Shwedagon Zedi Daw and is also called the Great Dagon Pagoda or the Golden Pagoda. It is a 99 metres (325 ft) tall pagoda and stupa located in Yangon, Burma. The pagoda lies to the west of on Singuttara Hill, and dominates the skyline of the city. It is the most sacred Buddhist pagoda in Myanmar and contains relics of four past Buddhas: the staff of Kakusandha, the water filter of Koṇāgamana, a piece of the robe of Kassapa and eight strands of hair from Gautama, the historical Buddha. The pagoda was built between the 6th and 10th centuries by the Mon people, who used to dominate the area around what is now Yangon (Rangoon). The pagoda has been renovated numerous times through the centuries. Millions of Burmese and tens of thousands of tourists visit the pagoda every year, which is the most visited site in Yangon. PHOTO BY JACK KURTZ 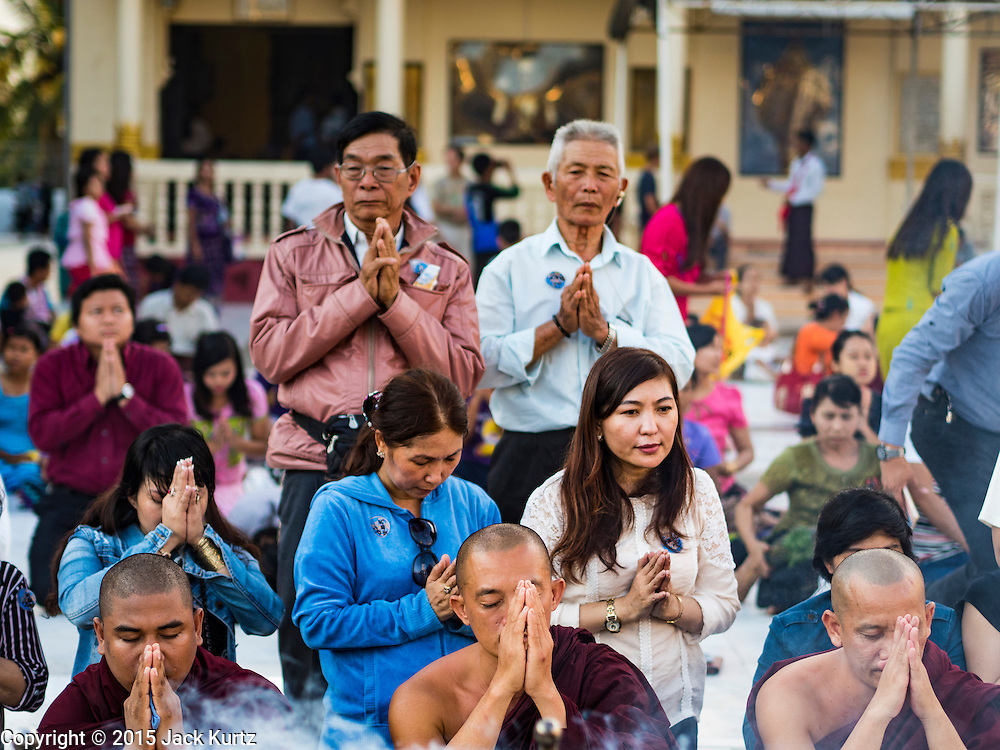