30 JUNE 2012 - PRESCOTT, AZ: Dr. PAUL GOSAR, a dentist and a Republican member of Congress from Flagstaff, AZ, works the crowd for his reelection campaign at the Prescott Frontier Days Rodeo Parade. Prescott is solidly Republican and the parade is popular with Republican political candidates. Gosar is facing a primary challenge from Ron Gould, an Arizona legislator. The parade is marking its 125th year. It is one of the largest 4th of July Parades in Arizona. Prescott, about 100 miles north of Phoenix, was the first territorial capital of Arizona. PHOTO BY JACK KURTZ 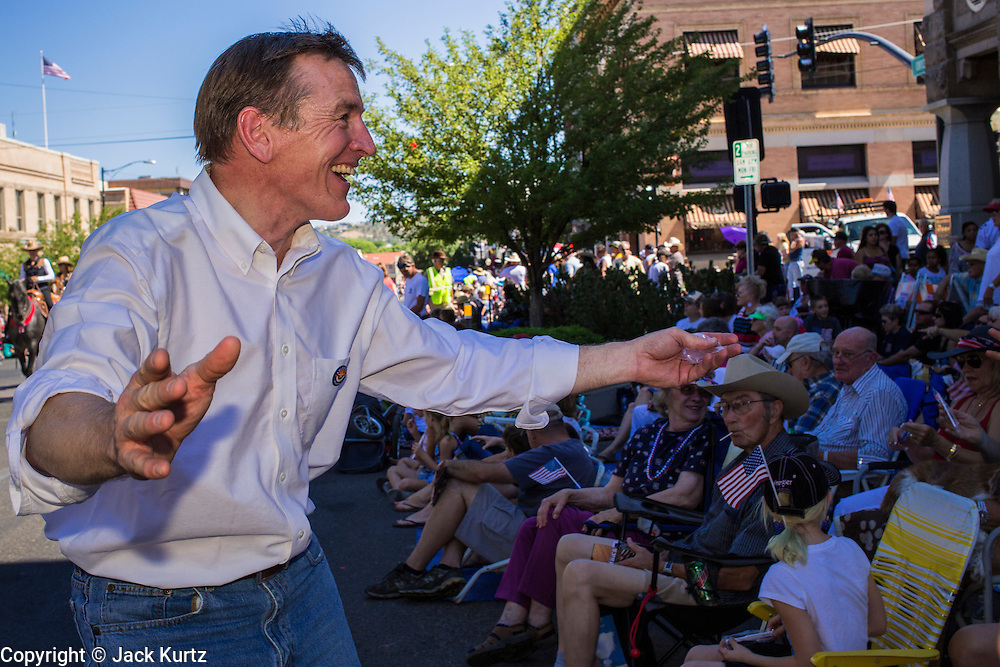