07 OCTOBER 2012 - BANGKOK, THAILAND: A motorcycle taxi takes a fare past an empty building in the process of being demolished in Washington Square in Bangkok. Washington Square was a notorious Bangkok "entertainment district" at the end of Soi 22 on Sukhumvit Road with several bars, massage parlors and restaurants that appealed primarily to older western male retirees, called "sexpats" by Bangkok residents. It was established during the Vietnam War when American servicemen on Rest and Recreation (R&R) leave from Vietnam visited Bangkok for its inexpensive nightlife and liquor. Its reputation was solidified after the war, when American military and intelligence agency retirees settled in Bangkok. Bars in Washington Square have been closing as their leases expire and the area was razed over the summer. The owners of the land are expected to redevelop it into a high rise condominium, office tower or hotel. PHOTO BY JACK KURTZ 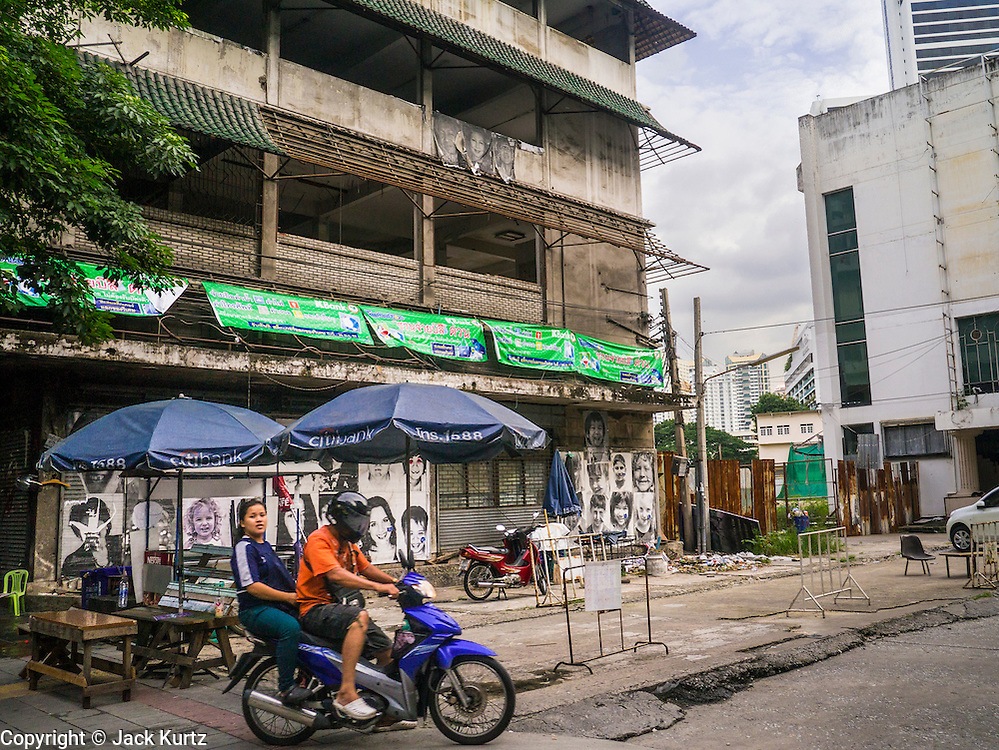