25 AUGUST 2020 - DES MOINES, IOWA: THOMAS DOYLE, (left) a retired postal worker from Ft. Dodge, IA, participates in a rally to save the Postal Service at the Neal Smith Federal Building in Des Moines. About 100 people, postal workers and members of the public, came to the Neal Smith Federal Building Tuesday to call for increased spending for the US Postal Service and an end to attacks on the USPS by members of the Trump administration. The rally was a part of a series national rallies organized by the American Postal Workers Union (APWU). Many of the people at the rally expressed concerns that the President's actions versus the USPS could harm their ability vote by mail in the November general election. PHOTO BY JACK KURTZ 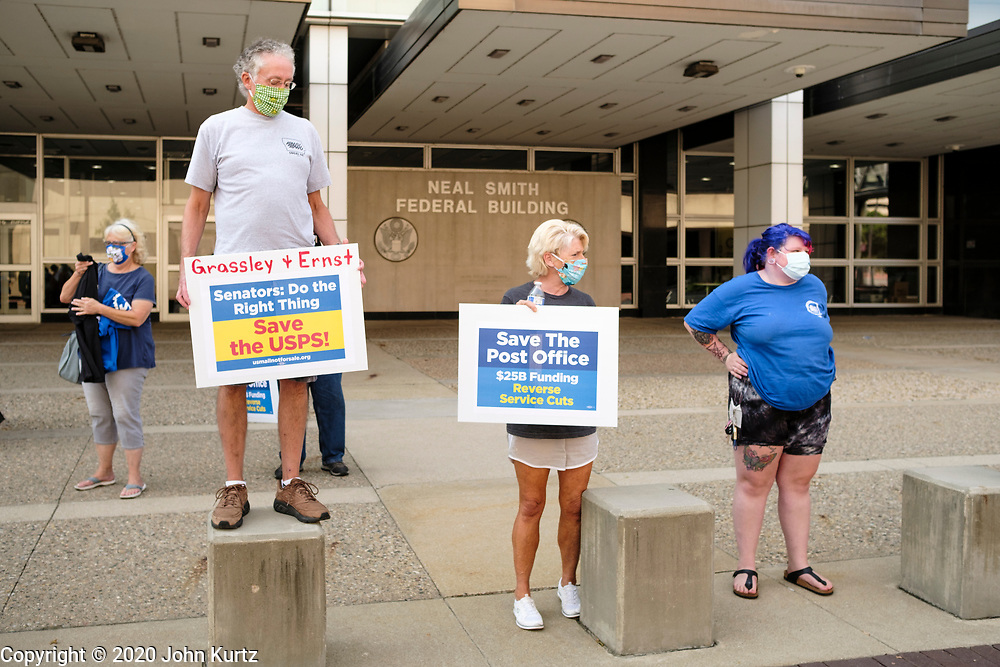