02 OCTOBER 2013 - GLENDALE, AZ: A veteran and furloughed civilian employee at Luke Air Force Base, was one of about 30 people who picketed the base Wednesday. The furloughed workers, all civilian employees and members of AFGE at Luke Air Force Base, protested the partial shutdown of the US government. The American Federation of Government Employees (AFGE) is the largest federal employee union representing 650,000 federal and D.C. government workers. Similar protests were held across the country as the partial government shutdown entered its second day. PHOTO BY JACK KURTZ 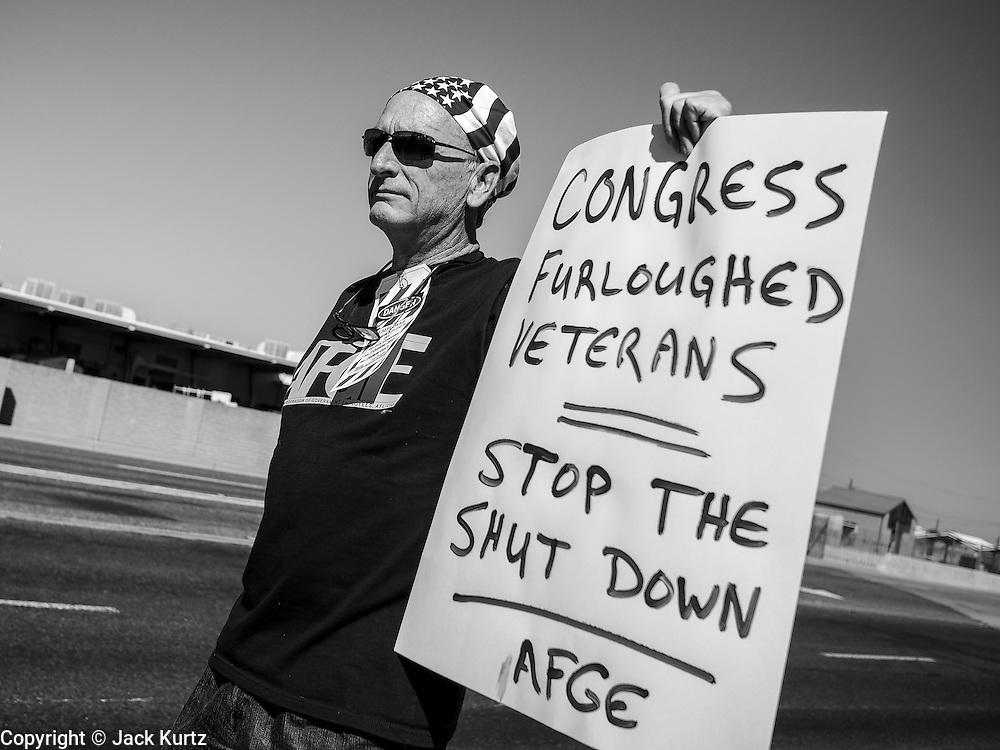