30 MARCH 2008 -- PHOENIX, AZ: Arizona National Guard Lt. DENNIS CHAMBERLAIN, hugs his daughters, CHLOE CHAMBERLAIN, 7, KACI CHAMBERLAIN, 4, and CAMRYN CHAMBERLAIN, 2, after he returned to Phoenix Sunday from a year long deployment to Afghanistan. Chamberlain, a platoon commander in D Company, commanded the rescue of US Senators Chuck Hagel, John Kerry and Joe Lieberman after their helicopter made a hard landing on a mountain top during a blizzard in Afghanistan in February 2007. About 250 members of the Arizona Army National Guard's 158th Infantry Battalion returned to Phoenix, AZ, from a year long deployment in Afghanistan Sunday. The unit, also known as the "Bushmasters" from their service in World War II, was part of the largest single-unit deployment of the Arizona National Guard since the second World War. Two members of the battalion were killed in action during their deployment. The battalion, a combat unit, engaged in counter insurgency operations through out their deployment. Photo by Jack Kurtz / ZUMA Press 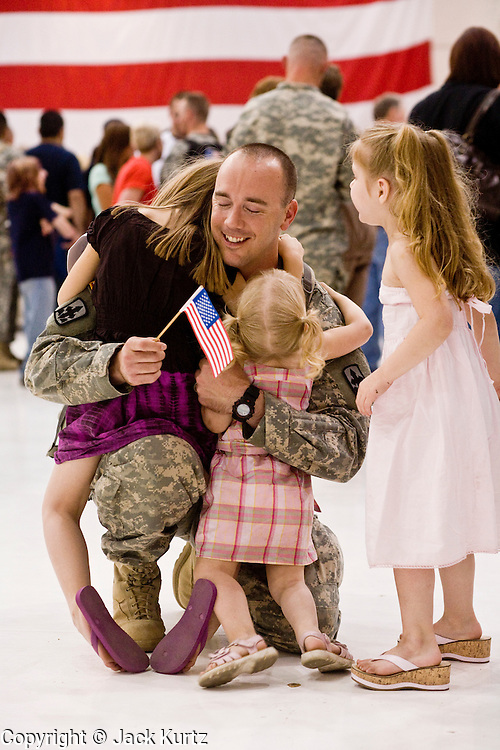