24 NOVEMBER 2013 - BANGKOK, THAILAND: Royalist anti-government protestors carry a photo of Bhumibol Adulyadej, the King of Thailand, during a protest on Ratchdamnoen Ave in Bangkok. More than 400,000 people packed onto Ratchdamnoen Ave in Bangkok Sunday, continuing an anti-government protest that started weeks ago over a blanket amnesty bill passed by the Thai Parliament. The amnesty bill was defeated in the Thai Senate and the protest morphed into a general protest against the government. The protestors are allied with the Thai Democrat party, the opposition party in parliament. Tens of thousands of pro-government Red Shirts have come to Bangkok to defend the government and are rallying in a different part of the city. Police have warned of clashes between the two groups but as of Sunday evening no problems had been reported. The protestors allege that the amnesty would allow fugitive former Prime Minister Thaksin Shinawatra to return to Thailand. PHOTO BY JACK KURTZ 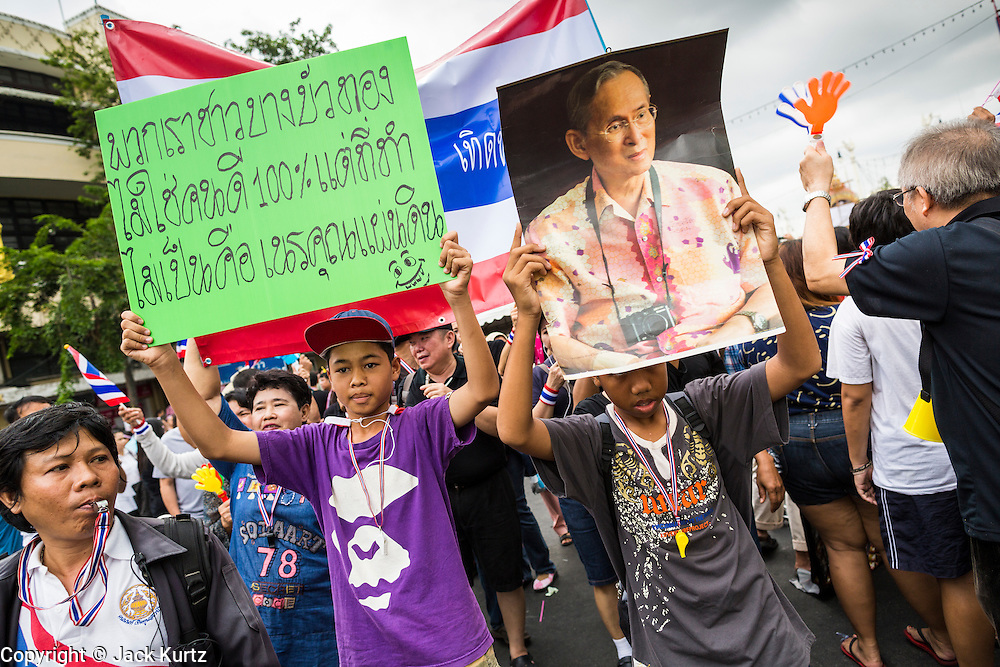