15 NOVEMBER 2013 - BANGKOK, THAILAND: Thai royalists wave photos of Bhumibol Adulyadej, the King of Thailand, during a anti-government protest in Bangkok. Thai royalists accuse the government of Prime Minister Yingluck Shinawatra of not being supportive enough of the monarchy. Tens of thousands of Thais packed the area around Democracy Monument in the old part of Bangkok Friday night to protest against efforts by the ruling Pheu Thai party to pass an amnesty bill that could lead to the return of former Prime Minister Thaksin Shinawatra. Protest leader and former Deputy Prime Minister Suthep Thaugsuban announced an all-out drive to eradicate the "Thaksin regime." The protest Friday was the biggest since the amnesty bill issue percolated back into the public consciousness. The anti-government protesters have vowed to continue their protests even though the Thai Senate voted down the bill, thus killing it for at least six months. PHOTO BY JACK KURTZ 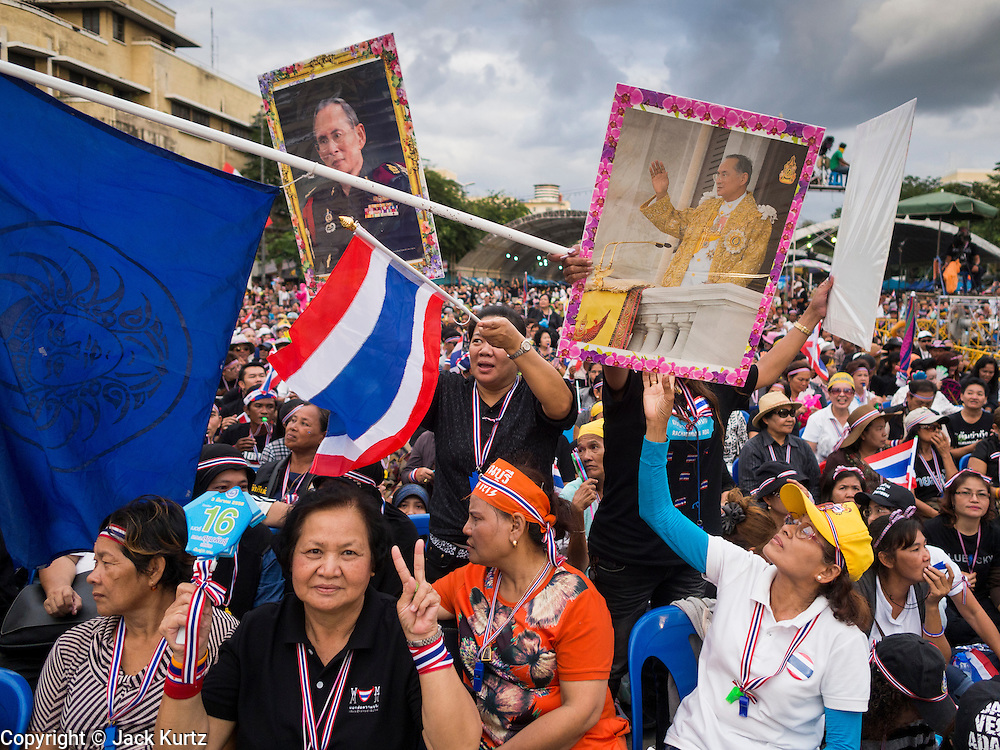