30 APRIL 2013 - MAHACHAI, SAMUT SAKHON, THAILAND: A Burmese woman who works in the Thai fishing industry waits for an order of betel to be prepared. Betel is a mild stimulant, the workers chew it to stay alert at work. The Thai fishing industry is heavily reliant on Burmese and Cambodian migrants. Burmese migrants crew many of the fishing boats that sail out of Samut Sakhon and staff many of the fish processing plants in Samut Sakhon, about 45 miles south of Bangkok. Migrants pay as much $700 (US) each to be smuggled from the Burmese border to Samut Sakhon for jobs that pay less than $5.00 (US) per day. There have also been reports that some Burmese workers are abused and held in slavery like conditions in the Thai fishing industry. PHOTO BY JACK KURTZ 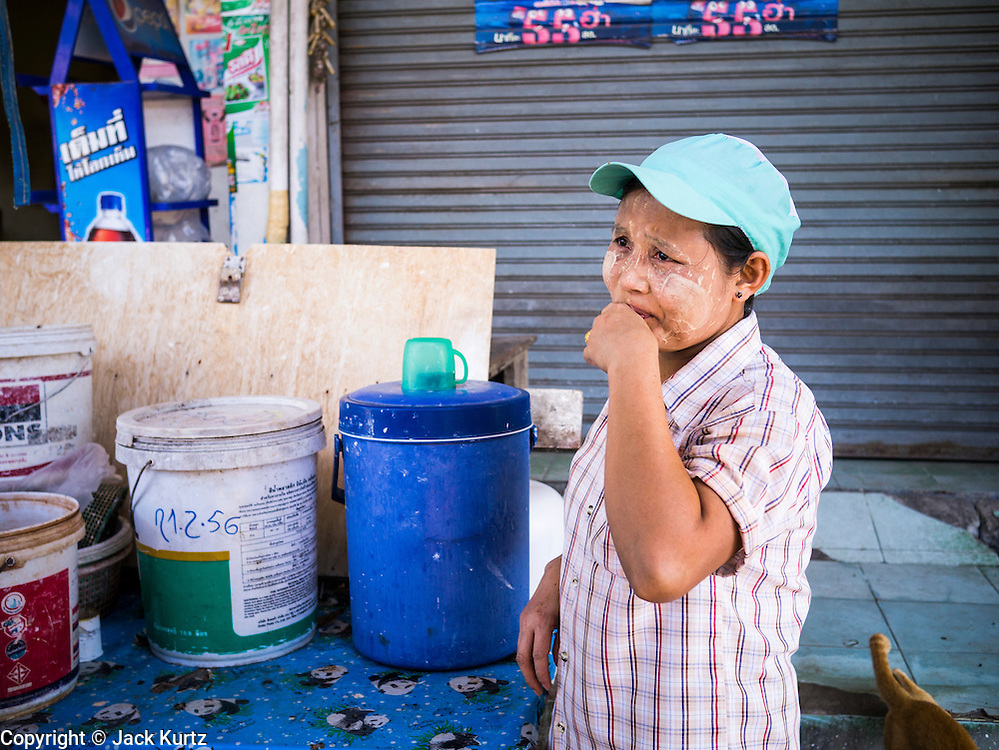