23 AUGUST 2013 - BANGKOK, THAILAND: A vendor sorts Kaffir lime leaves (Citrus hystrix DC., Rutaceae), also known as kieffer lime, makrut, or magrood in Pak Khlong Talad in Bangkok. Thailand entered a “technical” recession this month after the economy shrank by 0.3% in the second quarter of the year. The 0.3% contraction in gross domestic product between April and June followed a previous fall of 1.7% during the first quarter of 2013. The contraction is being blamed on a drop in demand for exports, a drop in domestic demand and a loss of consumer confidence. At the same time, the value of the Thai Baht against the US Dollar has dropped significantly, from a high of about 28Baht to $1 in April to 32THB to 1USD in August. PHOTO BY JACK KURTZ 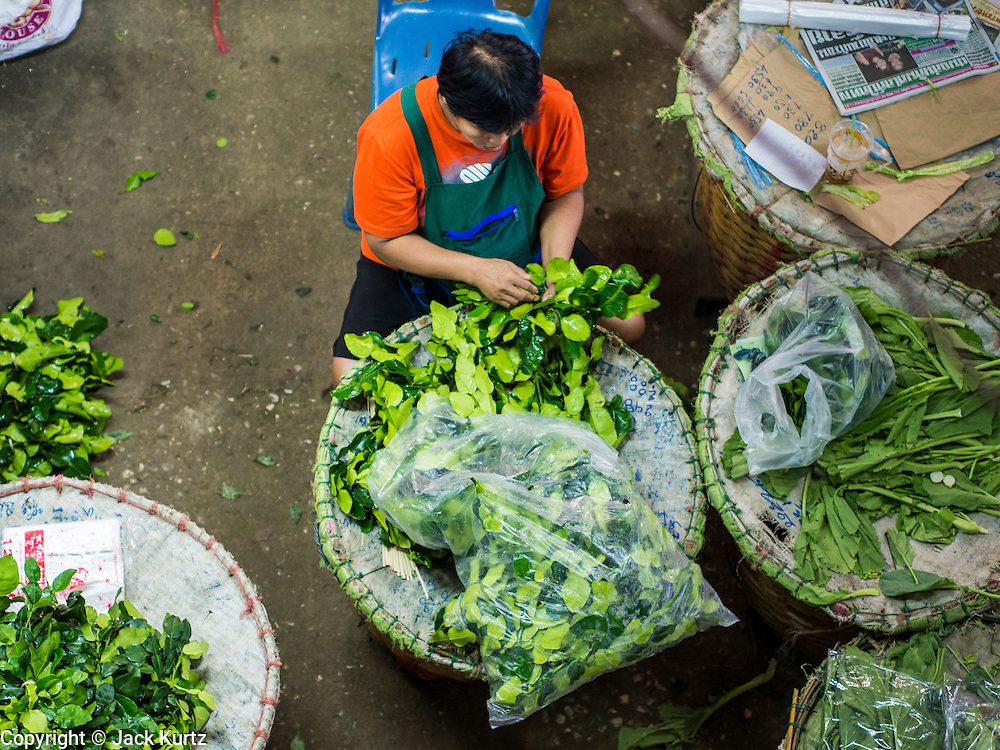