22 JUNE 2011 - BANGKOK, THAILAND: CHAMLONG SRIMAUNG, a Yellow Shirt leader and organizer of the vote "no" campaign, works the crowd a PAD rally in Bangkok on Wednesday, June 22. The PAD (People's Alliance for Democracy) or Yellow Shirts, as they are popularly called, has called for a "No" vote in Thailand's national election, scheduled for July 3. PAD leadership hopes the no vote will negate the vote of Yingluck Shinawatra, leader of the Pheua Thai party. Yingluck is the youngest sister of exiled former Prime Minister Thaksin Shinawatra, deposed by a military coup in 2006. Yingluck is currently leading in opinion polls, running well ahead of incumbent Prime Minister Abhisit Vejjajiva, head of the Democrat party, which in one form or another has ruled Thailand for most of the last 60 years. Photo by Jack Kurtz 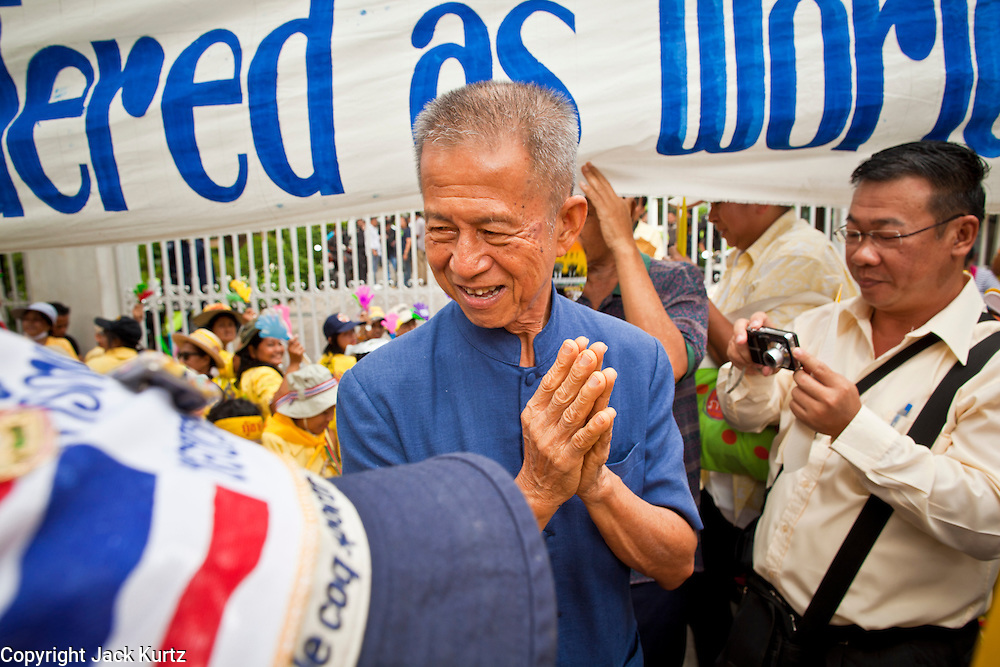