11 NOVEMBER 2018 - KANCHANABURI, KANCHANABURI, THAILAND: GARTH O’CONNELL, left from Australia, and his friend, SOKO TAMIKA, pray at the grave of O'Connell's great uncle, an Australian aboriginal soldier, killed working on the "Death Railway" and buried in the Kanchanaburi War Cemetery in Kanchanaburi, Thailand, during Rememberance Day observations. Kanchanaburi is the location of the infamous "Bridge On the River Kwai" and was known for the "Death Railway" built by Japan during World War II using allied, principally British, Australian and Dutch, prisoners of war as slave labor. There are 6,982 people buried in the cemetery, including 5,000 Commonwealth soldiers and 1,800 Dutch soldiers. November 11, 2018 marked the 100th anniversary of the end of World War I, celebrated as Rememberance Day in the UK and the Commonwealth and Veterans' Day in the US. PHOTO BY JACK KURTZ 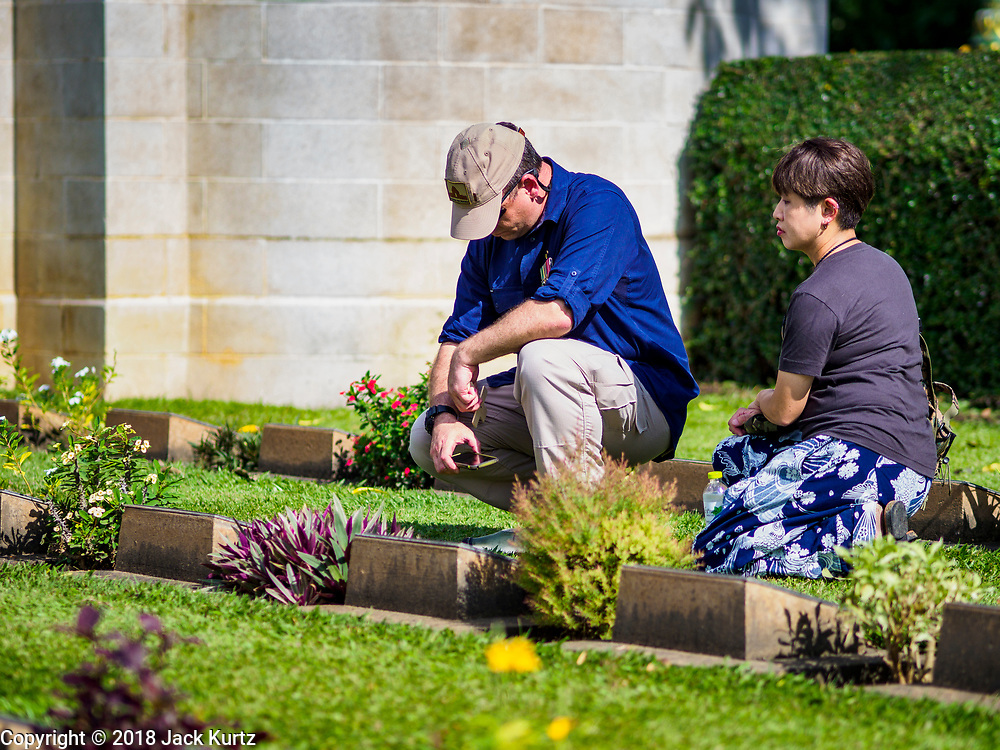