30 JANUARY 2013 - CHEOUNG EK, CAMBODIA: A picture of Jesus Christ left by a tourist next to human skulls on display in the Buddhist stupa at the Choeung Ek killing fields. Choeung Ek is a former orchard and Chinese cemetery about 17 km south of Phnom Penh, Cambodia. It is the best-known of the "Killing Fields", where the Khmer Rouge regime executed over one million people between 1975 and 1979. Mass graves containing 8,895 bodies were discovered at Choeung Ek after the fall of the Khmer Rouge regime. Many of the dead were former political prisoners who were kept by the Khmer Rouge in their Tuol Sleng detention center, a former high school in Phnom Penh. PHOTO BY JACK KURTZ 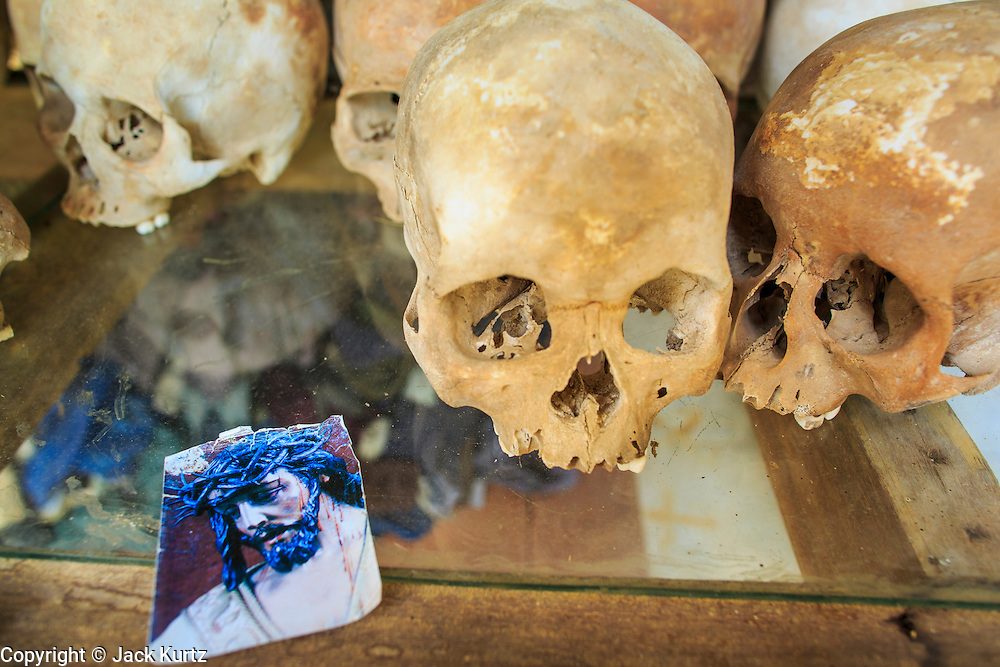