Aug. 23, PHOENIX, AZ: US Sen. JOHN McCAIN and his wife, CINDY McCAIN, pose for photos with supporters at a campaign rally in his offices in Phoenix, AZ, Monday. US Sen. John McCain held the final of his primary election campaign at his campaign offices in Phoenix Monday. McCain, Arizona's senior Republican US Senator, is facing former Congressman JD Hayworth in the primary, Tuesday, Aug. 24. McCain has outspent Hayworth by a considerable margin and is expected to win. Photo by Jack Kurtz 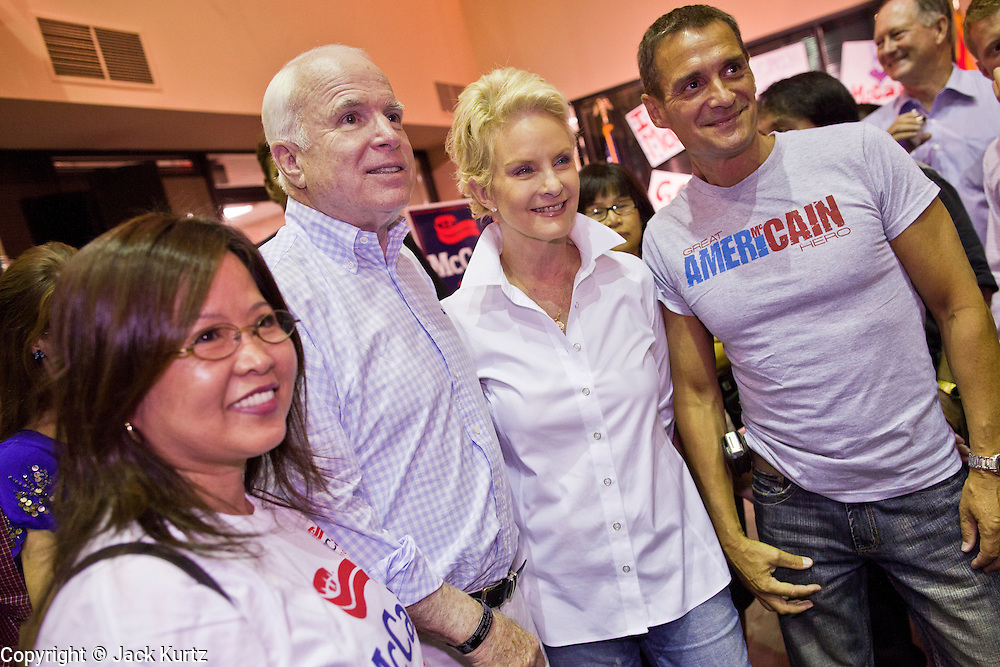