07 JULY 2015 - BANGKOK, THAILAND: A man looks at the pictures of students arrested by the Thai junta during a rally in support of the students. The pictures were hung on a barricade in front of the Ministry of Defense. About 100 people gathered in front of the Ministry of Defense in Bangkok Tuesday to support 14 university students arrested two weeks ago for violating orders against political assembly. They're facing criminal trial in military courts. The courts ordered their release Tuesday because they can only be held for two weeks without trial, the two weeks expired Tuesday and the military court chose not to renew their pretrial detention. The court order was not an acquittal. They still face trial and possible prison sentences if convicted. PHOTO BY JACK KURTZ 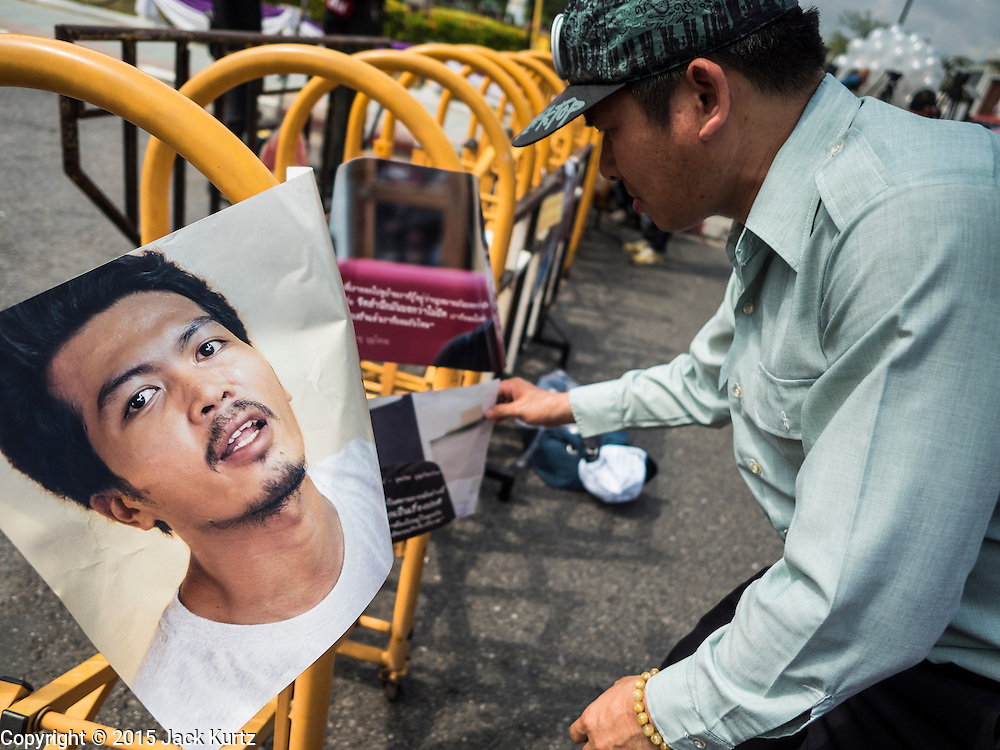