19 MAY 2013 - BANGKOK, THAILAND: A Thai Red Shirt with a toy gun to protest Thai Army violence against the Red Shirts during a Red Shirt rally in Ratchaprasong Intersection honoring Red Shirts killed by the Thai army in 2010. More than 85 people, most of them civilians, were killed during the Thai army crackdown against the Red Shirt protesters in April and May 2010. The Red Shirts were protesting against the government of Abhisit Vejjajiva, a member of the opposition who became Prime Minister after Thai courts ruled the Red Shirt supported government was unconstitutional. The protests rocked Bangkok from March 2010 until May 19, 2010 when Thai troops swept through the protest areas arresting hundreds. PHOTO BY JACK KURTZ 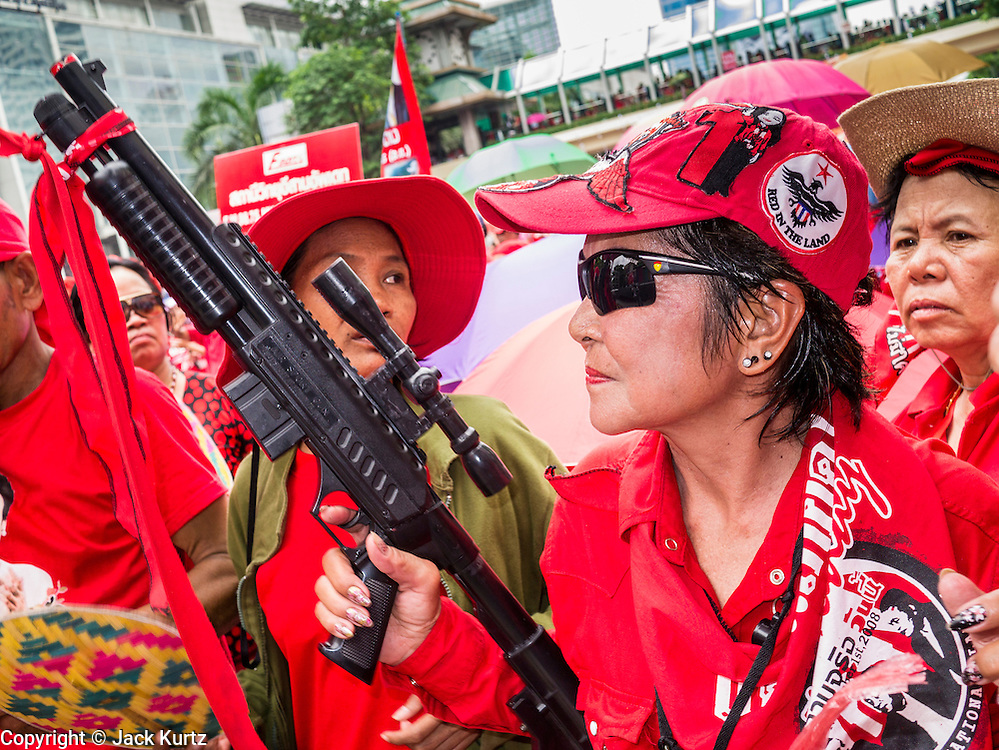