26 JUNE 2005 - CAVE CREEK, AZ: Members of the Horseshoe Meadow Hotshots, from the Sequoia National Forest in California, walk back to their vehicles after getting off a Bell Super 205 helicopter at the Skyranch at Carefree, a private airport in Carefree, after returning from the Cave Creek Complex fire line Sunday afternoon. The airport has been allowing the team fighting the Cave Creek Complex fires to use their facilities as the helibase for the fire. The Cave Creek Complex fire was the third largest wildfire in the state of Arizona to date, after the Rodeo-Chediski fire and Wallow Fire. The fire started on June 21, 2005 by a lightning strike during a monsoon storm and burned 243,950 acres (987.2 km2). PHOTO BY JACK KURTZ 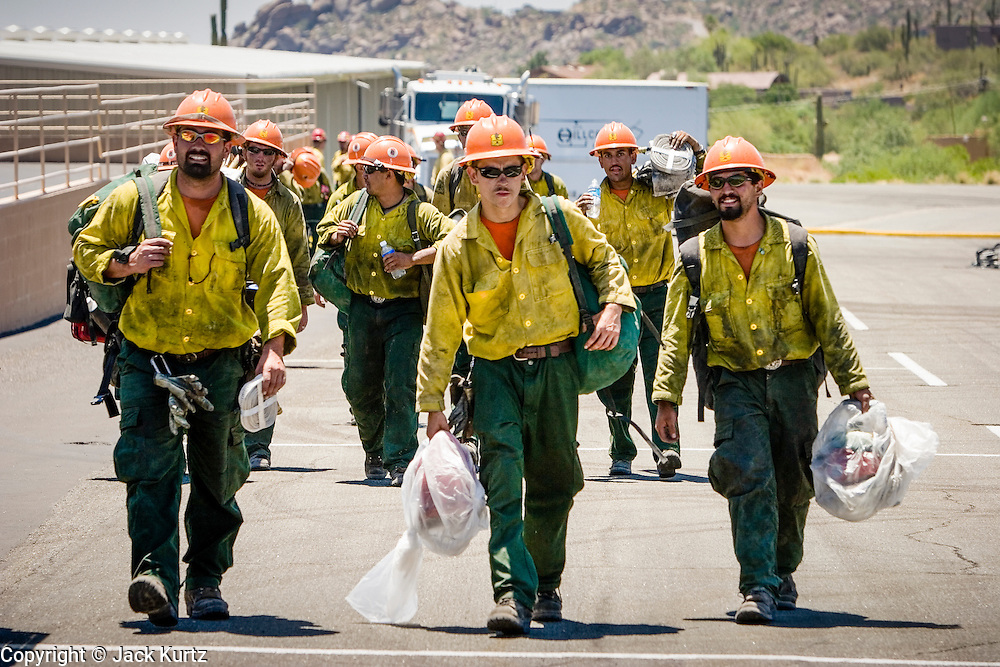