July 6 - PHOENIX, AZ: PAUL SANCHEZ, from Phoenix, AZ, holds up a copy of the federal lawsuit against Arizona while he pickets the Arizona State Capitol in Phoenix Tuesday. Immigrant rights' activists have been holding a prayer vigil in opposition to Arizona's tough new anti-illegal immigrant law, SB 1070, which is supposed to take effect on July 29. The bill requires local police and law enforcement agencies to verify the immigration status of people they suspect might be in the US illegally. Opponents of the bill fear it will lead to racial profiling. The US Justice Department announced Tuesday afternoon that they would file suit against Arizona to prevent implementation of SB 1070. They are filing suit on the grounds that immigration enforcement is the exclusive domain of the federal government. Photo by Jack Kurtz 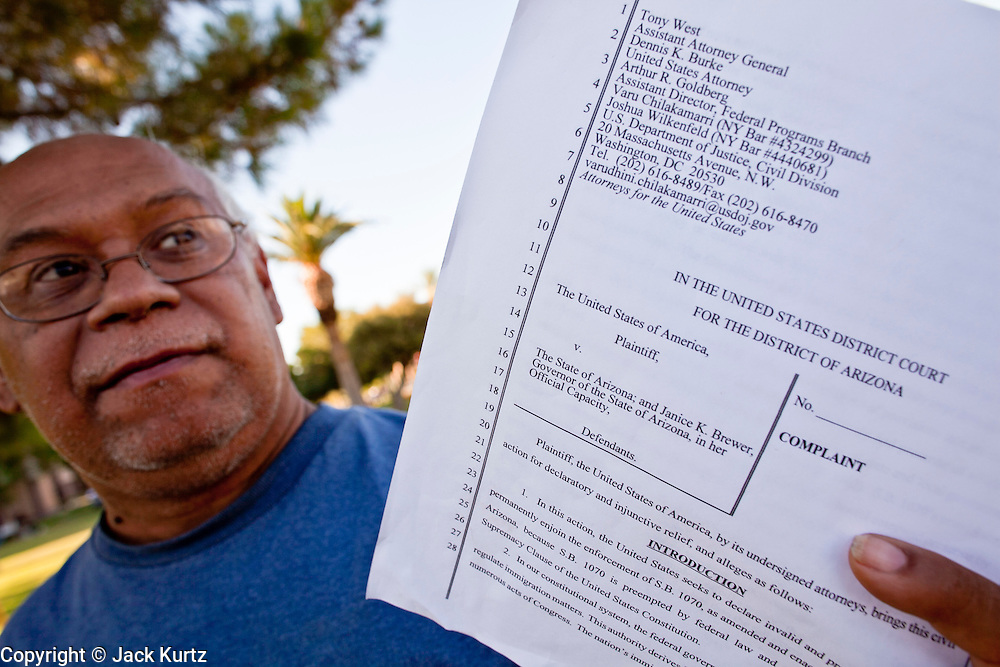