12 AUGUST 2013 - MACAU: A vendor cuts up pork bakkwa in a bakery in Macau. Bakkwa, also known as rougan, is a Chinese salty-sweet dried meat product similar to jerky. Bakkwa is made with a meat preservation and preparation technique originating from China. Macau, also spelled Macao, is one of the two special administrative regions of the People's Republic of China (PRC), the other being Hong Kong. Macau lies on the western side of the Pearl River Delta across from Hong Kong to the east, bordered by Guangdong province to the north and facing the South China Sea to the east and south. The territory's economy is heavily dependent on gambling and tourism, but also includes manufacturing. PHOTO BY JACK KURTZ 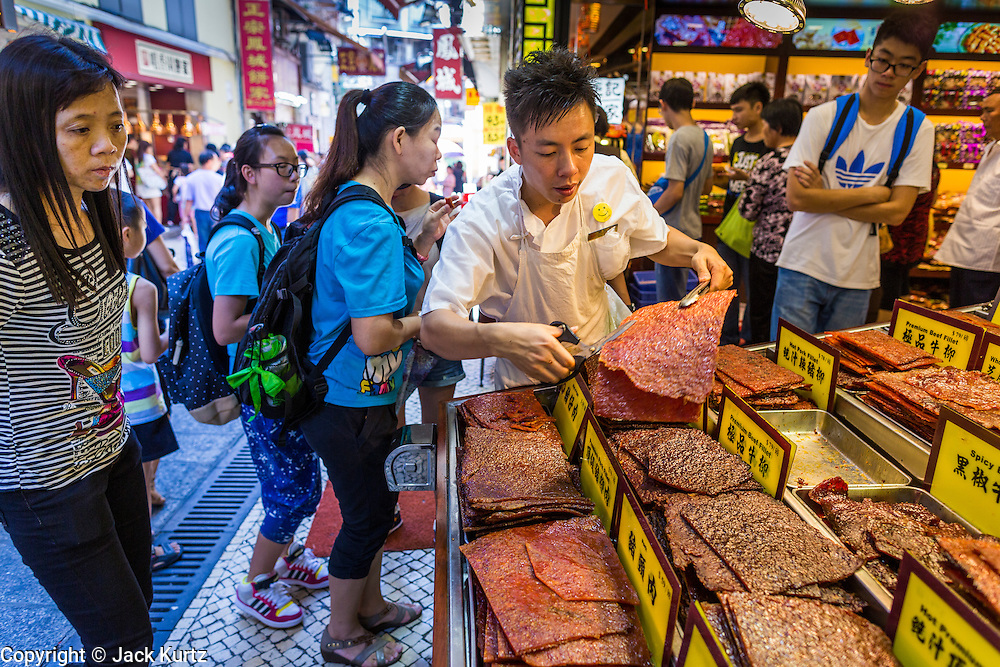