06 MAY 2010 - BANGKOK, THAILAND: Red Shirts watch television as it's announced that negotiations between the Reds and the government have broken down. Many of the Red Shirts are farmers who need to return to their land to start planting their crops. Red Shirt protestors in Ratchaprasong intersection, Thursday May 6, more than one month after the Reds occupied the intersection. Members of the United Front of Democracy Against Dictatorship (UDD), also known as the "Red Shirts" and their supporters moved their anti government protests into central Bangkok Apr. 4 when they occupied Ratchaprasong intersection, the site of Bangkok's fanciest shopping malls and several 5 star hotels. The Red Shirts are demanding the resignation of current Thai Prime Minister Abhisit Vejjajiva and his government. The protest is a continuation of protests the Red Shirts have been holding across Thailand. They support former Prime Minister Thaksin Shinawatra, who was deposed in a coup in 2006 and went into exile rather than go to prison after being convicted on corruption charges. Thaksin is still enormously popular in rural Thailand. This move, away from their traditional protest site in the old part of Bangkok, has gridlocked the center of the city and closed hundreds of stores and restaurants and several religious shrines. On Thursday night the Red Shirt leaders said there has been a "glitch" in the ongoing negotiations to end the standoff. Their opponents, the "Yellow Shirts" who previously supported the incumbent Prime Minister have rejected his peace plan and called for the PM to resign. PHOTO BY JACK KURTZ 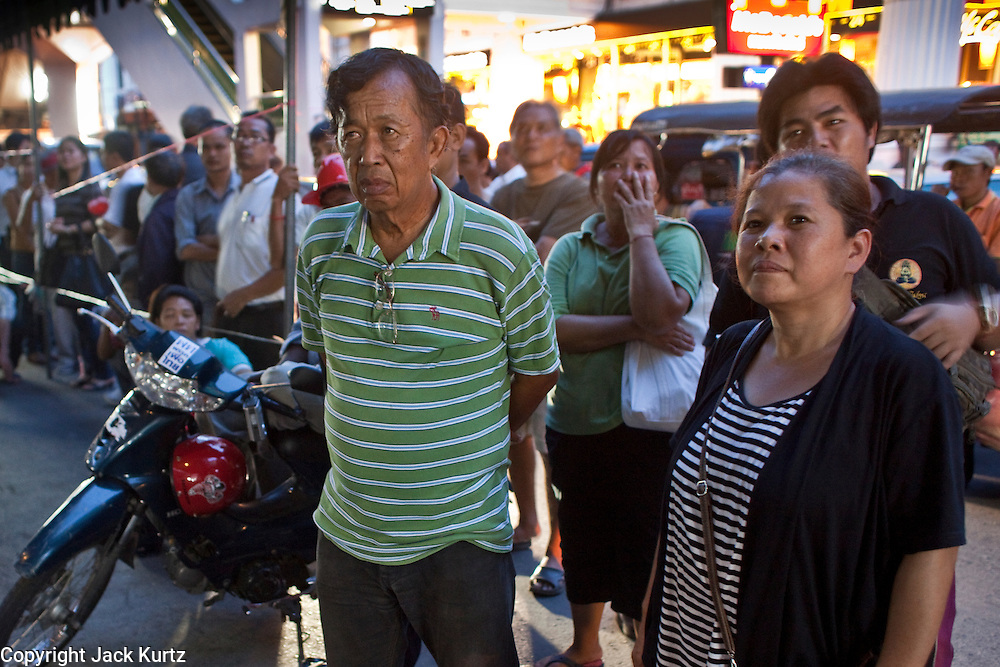