07 OCTOBER 2014 - GEORGE TOWN, PENANG, MALAYSIA: A food vendor fries noodles in a tea shop in George Town (also Georgetown), the capital of the state of Penang in Malaysia. Named after Britain's King George III, George Town is located on the north-east corner of Penang Island. The inner city has a population of 720,202 and the metropolitan area known as George Town Conurbation which consists of Penang Island, Seberang Prai, Kulim and Sungai Petani has a combined population of 2,292,394, making it the second largest metropolitan area in Malaysia. The inner city of George Town is a UNESCO World Heritage Site and one of the most popular international tourist destinations in Malaysia. PHOTO BY JACK KURTZ 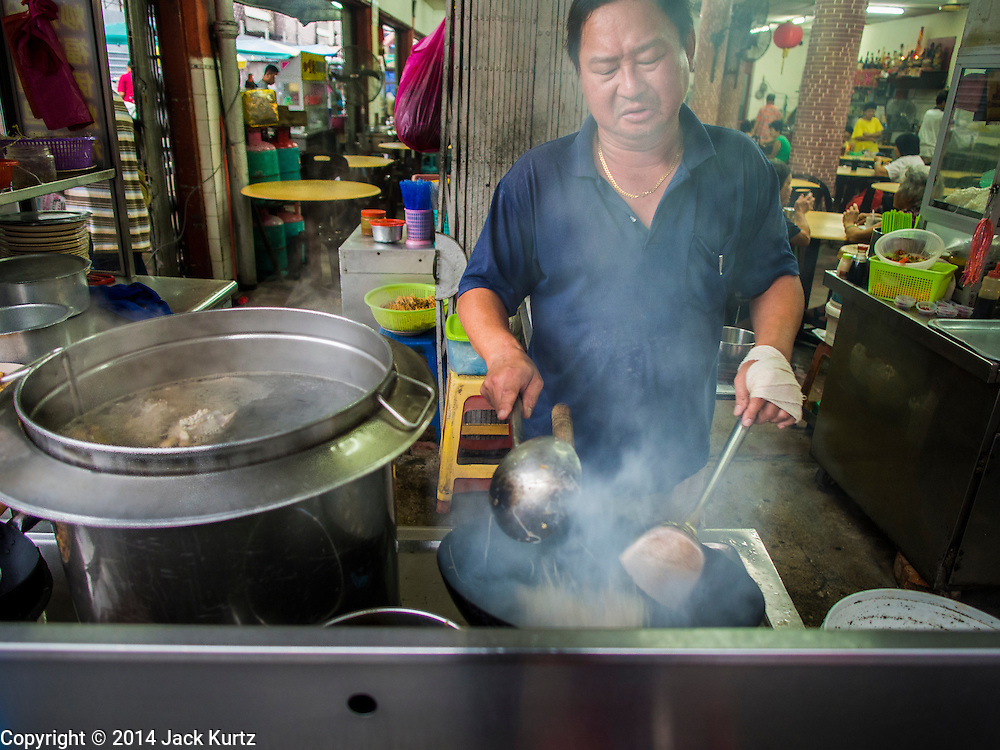