02 JULY 2005 - MESA, AZ: Immigrants carry a Mexican flag during a rally for immigrants' rights in Mesa, AZ, July 2, 2005. About 1,000 people attended the rally. Arizona is emerging as a battle ground state in the war over immigration reform. Anti-immigrant groups, like the Minuteman Project, a volunteer border patrol organization, are active in the state and the Republican controlled state legislature is seen as being increasingly anti-immigrant. Immigrants' and Hispanic rights organizations are calling for increased tolerance and greater rights for both legal and illegal immigrants. PHOTO BY JACK KURTZ 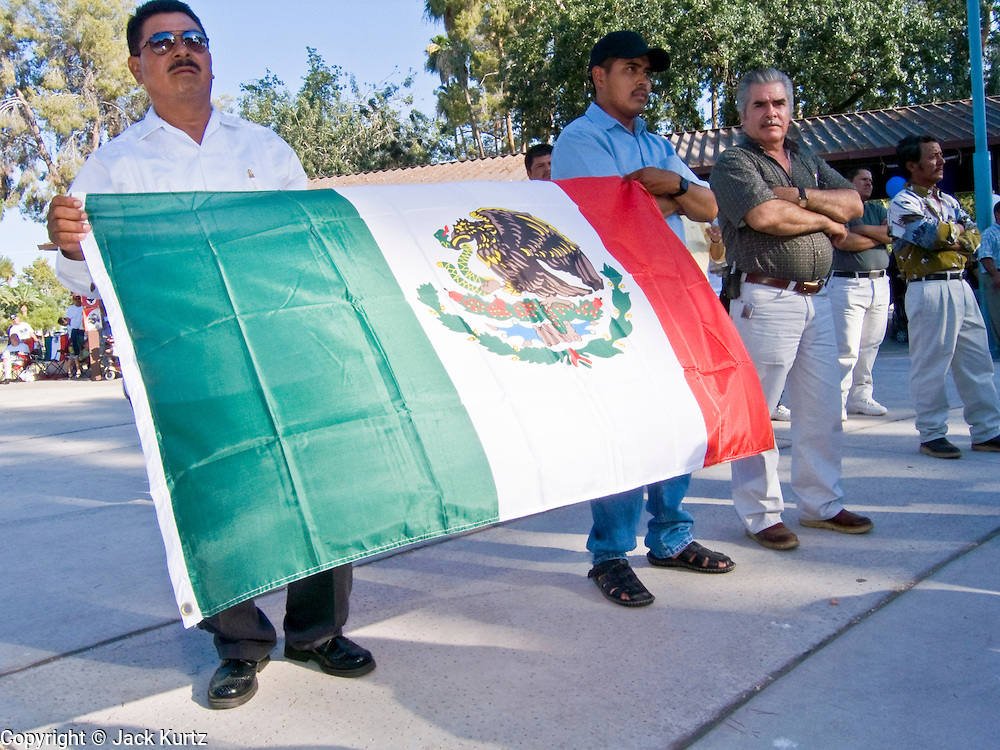