03 JANUARY 2014 - BANGKOK, THAILAND: SUTHEP THAUGSUBAN, left, leader of the Thai anti-government protestors, talks to a supporter Friday. Thousands of Thai anti-government protestors came to Democracy Monument in Bangkok Friday night to hear Suthep Thaugsuban, the leader of the protests, announce his plans to shut down the city of Bangkok. Suthep said his protestors would occupy 20 major intersections in the commercial sections of Bangkok for up to three weeks or until the caretaker government of Yingluck Shinawatra resigns. PHOTO BY JACK KURTZ 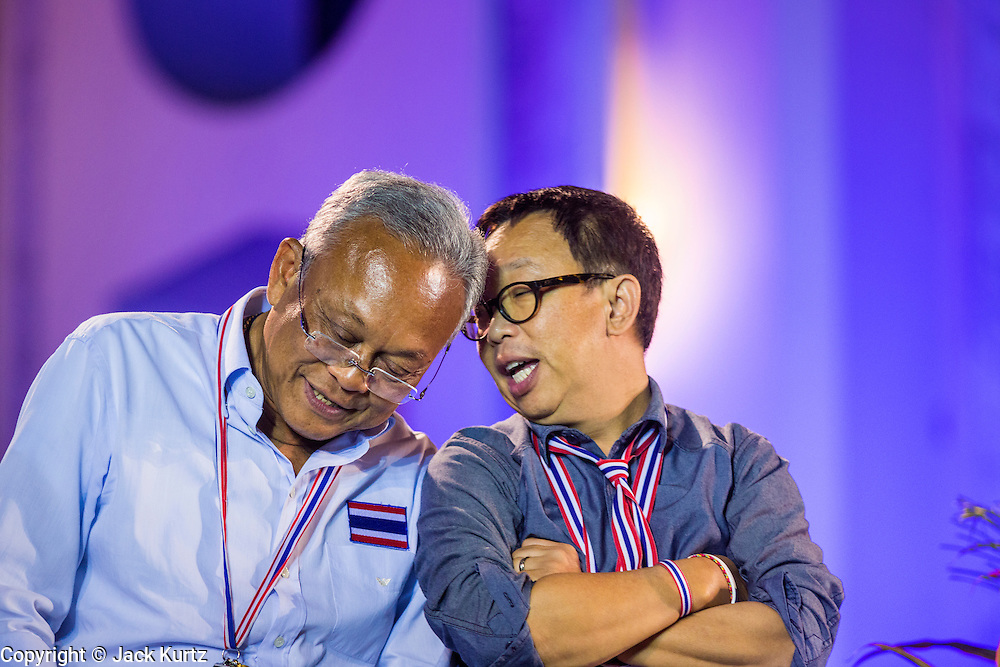