22 DECEMBER 2012 - SINGAPORE, SINGAPORE: A wedding guest records video of a wedding on his smart phone at the Sultan Mosque in Singapore. The Sultan Mosque is the focal point of the historic Kampong Glam area of Singapore. Also known as Masjid Sultan, it was named for Sultan Hussein Shah. The mosque was originally built in the 1820s. The original structure was demolished in 1924 to make way for the current building, which was completed in 1928. The mosque holds great significance for the Muslim community, and is considered the national mosque of Singapore. It was designated a national monument in 1975. PHOTO BY JACK KURTZ 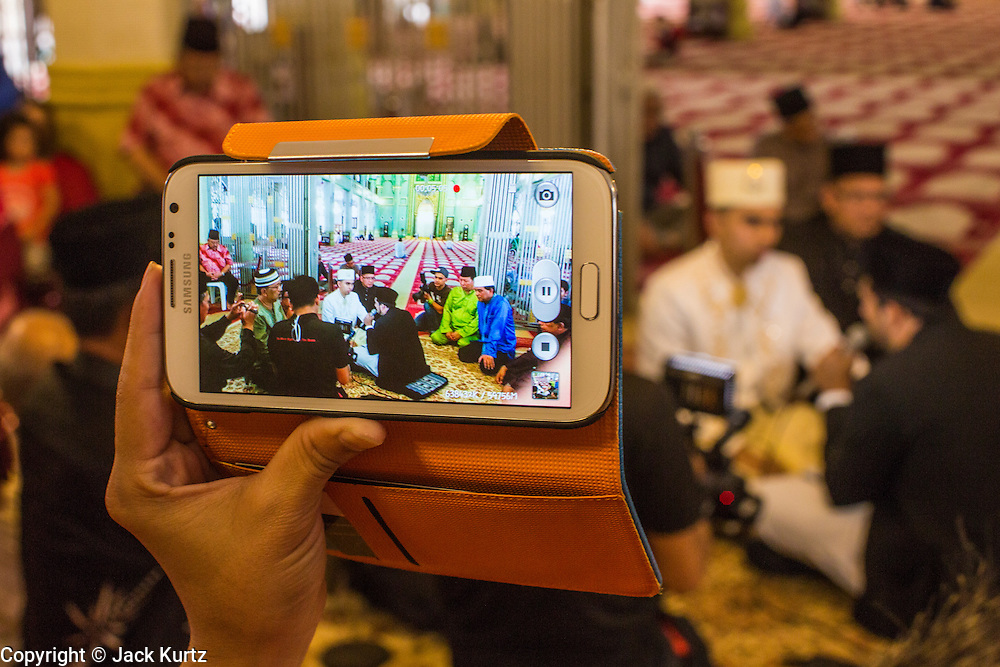