24 FEBRUARY 2013 - BANGKOK, THAILAND: People pray and burn slips of paper after "making merit" by buying coffins for the indigent at the "coffin temple" of the Ruamkatanyu Foundation next to Wat Hua Lamphong. The Ruamkatanyu Foundation provides coffins for Bangkok's indigent and emergency medical services for accident victims in Bangkok. Wat Hua Lamphong is a Royal Buddhist temple, third class, in the Bang Rak District of Bangkok, Thailand. It is located on Rama IV Road, approximately 1 km from the city's main Hua Lamphong railway station. An entrance to Sam Yan Station on the Bangkok metro (subway) is located outside the main entrance to the temple compound on Rama IV. Wat Hua Lamphong was renovated in 1996 to mark the 50th anniversary of the ascension to the throne of King Bhumibol Adulyadej (Rama IX) in 1996. The royal seal of what became known as the Kanchanapisek, or Golden Jubilee, year, showing two elephants flanking a multi-tiered umbrella, are featured in the temple's remodeling. PHOTO BY JACK KURTZ 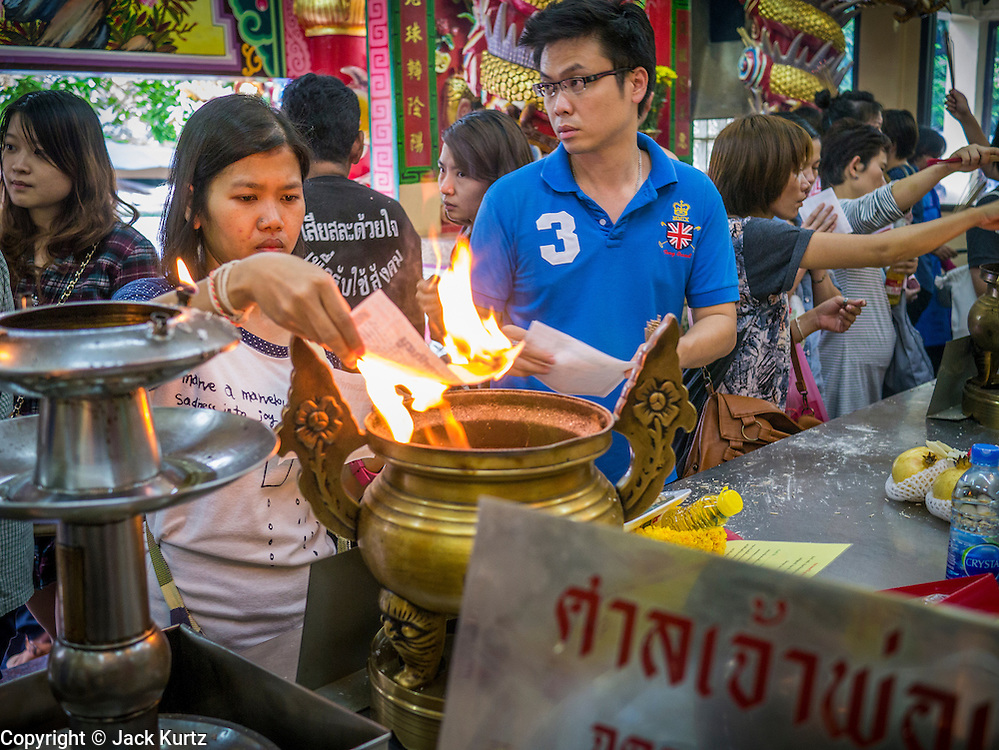