03 JUNE 2016 - SIEM REAP, CAMBODIA: A woman carries water to her home after her water jugs were filled at a water distribution point in Sot Nikum, a village northeast of Siem Reap. Wells in the village have been dry for more than three months because of the drought that is gripping most of Southeast Asia. People in the community rely on water they have to buy from water sellers or water brought in by NGOs. They were waiting for water brought in by truck from Siem Reap by Water on Wheels, a NGO in Siem Reap. Cambodia is in the second year of a record shattering drought, brought on by climate change and the El Niño weather pattern. There is no water to irrigate the farm fields and many of the wells in the area have run dry. PHOTO BY JACK KURTZ 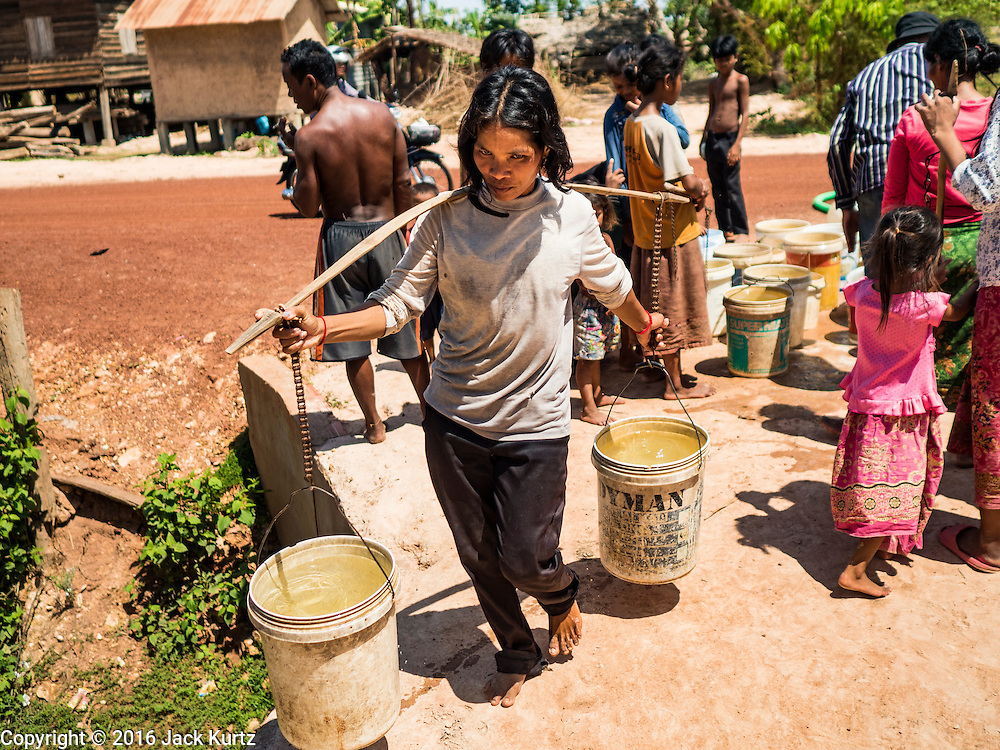