08 SEPTEMBER 2013 - BANGKOK, THAILAND: A woman leans out to drop a donation into the alms bowl of a Buddhist monk during a mass alms giving ceremony in Bangkok Sunday. 10,000 Buddhist monks participated in a mass alms giving ceremony on Rajadamri Road in front of Central World shopping mall in Bangkok. The alms giving was to benefit disaster victims in Thailand and assist Buddhist temples in the insurgency wracked southern provinces of Thailand. PHOTO BY JACK KURTZ 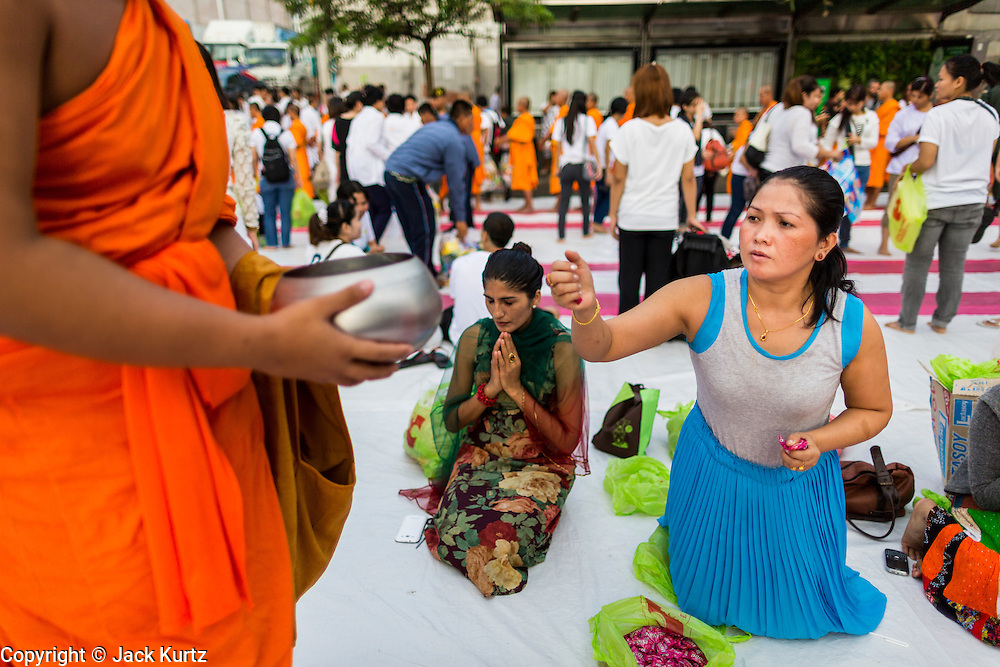