29 NOVEMBER 2013 - BANGKOK, THAILAND: Anti-government chant "Long Live the King!", as they march past the US Embassy in Bangkok. The protestors support the monarchy and are opposed the elected government. Several thousand Thai anti-government protestors marched on the US Embassy in Bangkok. They blew whistles and asked the US to honor their efforts to unseat the elected government of Yingluck Shinawatra. The anti-government protestors marched through several parts of Bangkok Friday paralyzing traffic but no clashes were reported, even after a group protestors tried to occupy Army headquarters. PHOTO BY JACK KURTZ 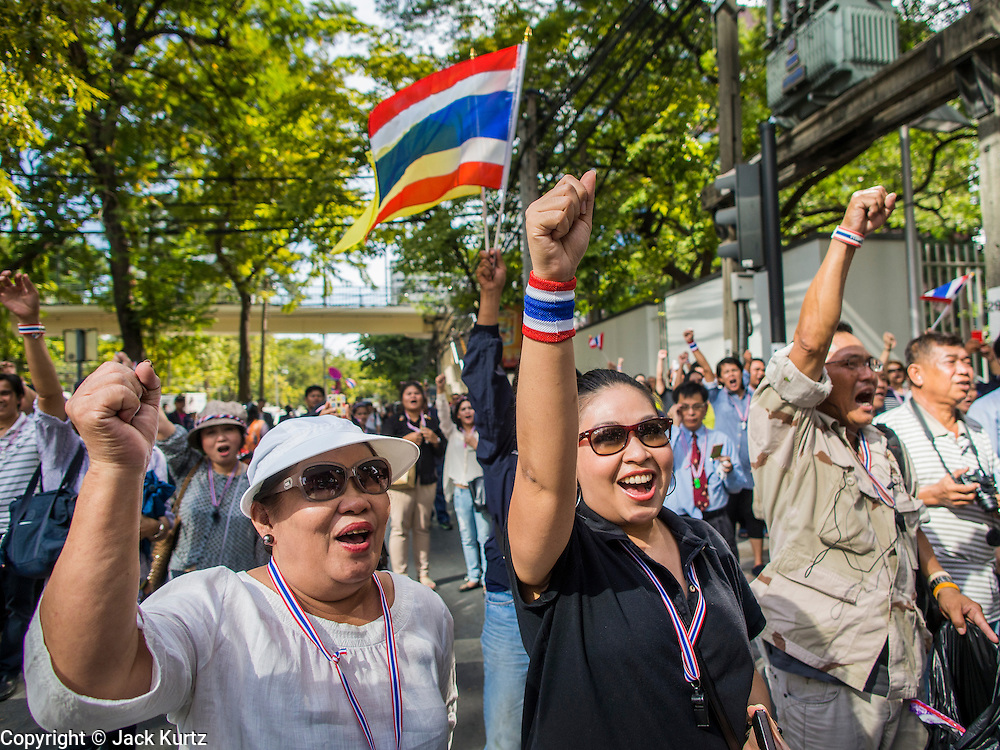